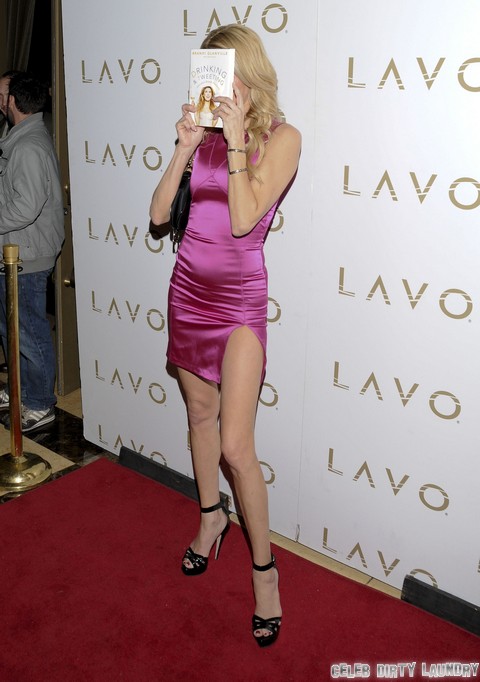 She revealed on her twitter this morning, “Writing proposal for book number 2! Boy do I have a dirty mind!!! #gonnaberaunchy.”

So we go from tell-all to dirty in a span of a year, do we? Anything Brandi has to do to keep the money train rolling a little while longer.

Brandi’sfirst book, a ‘scandalous tell-all’ as she described it, debuted on the bestseller list. Why? Because all the people who like watching ‘The Real Housewives of Beverly Hills’ decided that a fake/real TV show wasn’t enough, but they wanted to kill even more of their brain cells by reading Brandi’s ‘Drinking & Tweeting and other Brandi blunders.’

The book merely served as a vessel to serve up some revenge to her arch-nemesis Leann Rimes, who if you didn’t know, Brandi’s husband left her for.   I wish I could tell you that the book was a good read, but that would mean I would actually have to read it, and I refuse to provide any more money to this attention seeking reality ‘star’.

Either way, now that Lifetime has announced that they are making a film adaptation of this acclaimed novel, Brandi has decided to cash in as much as possible before her the expiration date on her fame. Since her ‘feud’ with Leann Rimes is all but spent out through exhaustive coverage on the Real Housewives, her book, and now the upcoming film, she has to resort to the only other thing that will sell: sex.

Anyone who saw Brandi at the Oscars should immediately recoil in horror at the thought of seeing Brandi and ‘dirty’ in the same sentence, but for some reason, her tweet ended up gaining a huge amount of interest and no doubt gave Brandi a misinformed sense that people will be looking forward to her book.