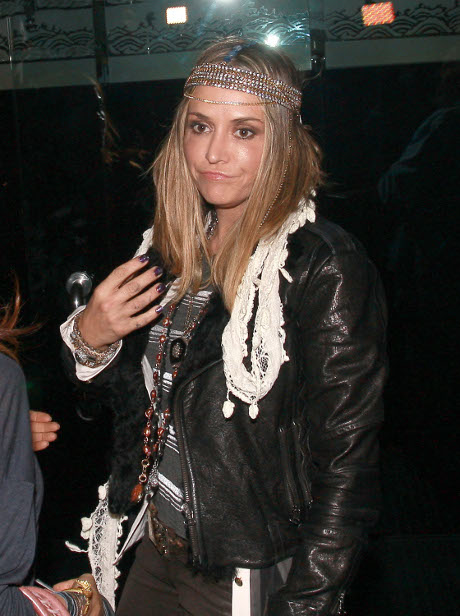 Brooke Mueller is $250,000 richer. The former Mrs. Charlie Sheen is not hurting for money, being that she was born into wealth and is collecting hefty child support payments for her children Bob and Max Sheen.  The money is from a lawsuit Brooke successfully won. TMZ is reporting Brooke sued The Canyons rehab facility for alleged breach of confidentiality.  Brooke reached a settlement with the rehab center out of court.

The heart of the lawsuit stems from Brooke’s allegations that The Canyons staff shared her medical records with the media. She was at the facility in February 2010 seeking treatment for substance abuse during her domestic troubles with Charlie. On Christmas Day while on vacation in Aspen, CO, Brooke and Charlie had a violent altercation in the home they rented for the holiday. Brooke alleged Charlie threatened her life with a knife to her throat. Charlie was abusing drugs at the time of the altercation and Brooke had been drinking just before she called 911 for help. The day after Charlie was arraigned or felony and misdemeanor charges stemming from the Christmas exchange Brooke decided to check into The Canyon for help dealing with her demons. She had been in treatment many times before and would seek further treatment the next couple of years.

Brooke says her private information, including her admissions documents, were leaked to the media. Days after she was admitted news broke of her rehab stay. The management for The Canyons acknowledged the breach of confidentially and said they would do their own internal investigation. Brooke decided to bail on her treatment at the Malibu, Ca facility and sought treatment elsewhere. Who could blame her? Brooke may have been high, drunk and out of her mind but she still had some wits about her to realize what was happening. The scumbags who leaked Brooke’s information, including her specific reasons for seeking treatment, were probably looking for a quick buck. Unless you’re an MD or a nurse working in health care is not a high paying career choice.

When Brooke checked into The Canyon there was already a lot of press about her and Charlie regarding their Christmas meltdown and there were subsequent allegations of abuse on both sides. Someone may have thought they could keep the momentum going and make a quick buck. There are media outlets that put out massive amounts of money to inside sources close to celebrities in order to have an exclusive story. How much more exclusive can you get than someone’s hospital records? Doctor and patient confidentiality is supposed to be respected unless the patient intends to hurt him or herself or intends to hurt someone else.

I’m wondering at what level the employees were who leaked Brooke’s information. Are her records open for anyone on the staff to see or do you need to have specific clearance? This could be a factor in disciplining the guilty parties or firing them.  I hope the staff has learned their lesson and will not attempt to breach confidentiality again. This should also be a wake up call for anyone working at any medical facility, not just rehab centers, that your actions will have consequences. Management needs to make sure patient records are secure or else it could cost them at least a quarter million dollars.