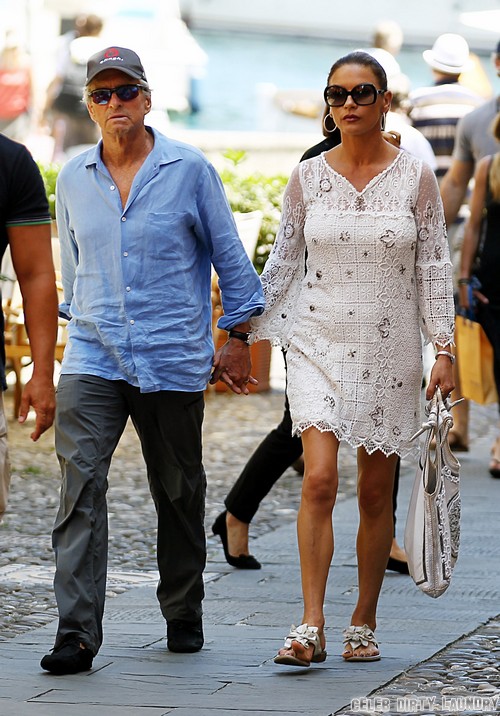 I think a lot of celeb watchers were kind of sad to learn that Michael Douglas and Catherine Zeta-Jones had split up a few months ago. For some reason we kind of believed that they really loved each other and a couple Hollywood marriages have to last, right? Well guess what, after months apart the two were spotted together walking hand-in-hand in Greenwich, CT. on Tuesday according to Gossip David. Michael recently said that they were back on speaking terms and it looks like all of that talking might actually pay off!

Apparently the couple’s downward spiral began after Michael returned to work quickly after his cancer went into remission. Catherine felt that he didn’t appreciate her putting her whole life on hold to help him to get well. Resentment set in and it all turned super ugly, fast. Catherine has talked openly about her mental illness but she has left out the part about drinking until she’s manic. That behavior was a deal breaker for Michael.

Friends close to Catherine has expressed concern for her mental health while she and Michael lived very separate lives but it looks like things must be getting better. I mean they know that they are under a microscope so I have to think that stepping out in public was probably intended to send a signal that things are improving. The media was going to speculate the minute they were spotted and apparently both Michael and Catherine are okay with that.

Do you think that this marriage actually will be saved? For once was taking time apart not just a stepping stone to divorce? Tell us your thoughts in the comments below!