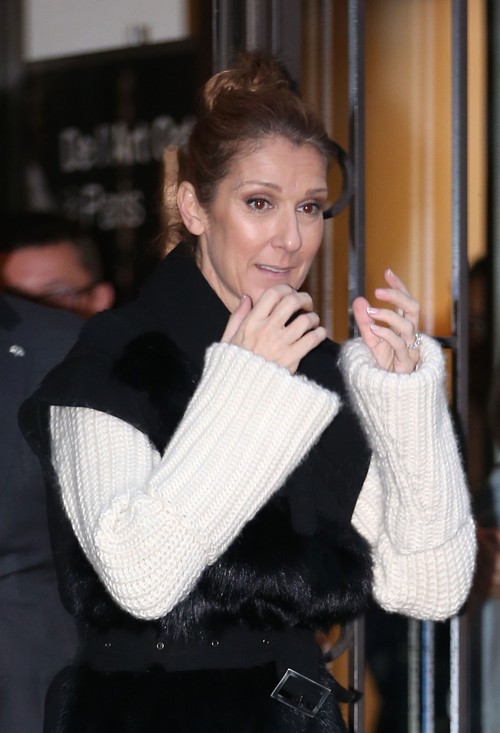 I have a funny feeling that Celine Dion might be really happy to kiss 2013 goodbye. She turned up on the finale of The Voice last night and performed Incredible with Ne Yo like a pro, but that may have been her only real bright spot in months. Celine recently dropped her first English albm in 6 years and the thing has been an utter flop. Loved Me Back To You debuted at number 2 on Billboard’s chart but then dropped more than 30 places in just a few days. Celine insisting that she’s proud of the finished product isn’t making the failure any sweeter for the record execs that backed her on this clear cut misfire.

How about her 18-year marriage to Rene Angelil? Was he even in the audience last night? We have always seen Rene right beside Celine every step of the way at least until recently. The last couple of times the couple was photographed together there was nothing but tension hanging in the air between them and for the first time ever Celine has not been wearing her wedding ring. She also traveled to Europe alone and was spotted be-bopping through Paris with everyone but Rene further fueling the speculation that the couple is on the brink of divorce.

In the past Celine has been pretty candid about them having trouble in their marriage. They haven’t always communicated very well and from the looks of things there is a huge breakdown between them again. Do you believe the rumors that have them headed for a split? Do you think that they basically are living separate lives and just haven’t confirmed it yet? Tell us your thoughts in the comments below!