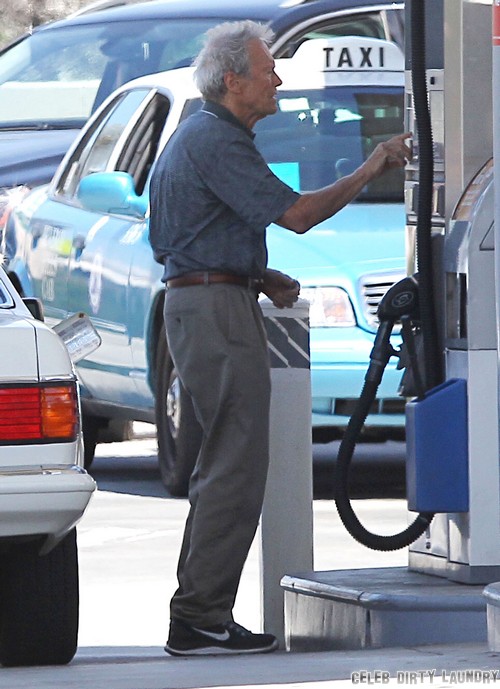 17 years of marriage to Clint Eastwood is going to amount to a lot of cash lining Dina Riuz’s pocket once the two actually get to divorce court. We have been telling you for months about the Eastwood’s wife swap situation – you know when Dina went back to her high school sweetheart, Scott Fisher then Clint got even by moving Fisher’s ex-wife Erica Tomlinson-Fisher into his mansion!  Now according to the Nov. 11th print edition of National Enquirer Clint also has juggled a second mistress in the last few months.

This chick, who Dina refers to as a “Viagra hookup” seems to be what pushed her off of the marital cliff. Dina was reportedly holding out a shred of hope for the marriage but when she realized that Clint was entertaining random hookups that ended that and she filed for divorce. Plus this second chick will likely mean more money in the bank for Dina because there was likely an infidelity clause built into their prenup. Also don’t expect the second mistresses identity to be concealed for very long. The Enquirer already hunted and tracked her down but for unknown reasons opted not to name her just yet.  Trust me, her name is coming and she’ll likely sell all of the Viagralicious details to the highest tabloid bidder!

I’m wondering if Erica Tomlinson-Fisher, the gold digging chick that Clint moved into his mansion even cares about mistress number two. Erica is jobless and needs an ATM in expensive shoes to pay her way. Do you think she even cares about Clint or whomever else he may be banging? Tell us your thoughts in the comments below!