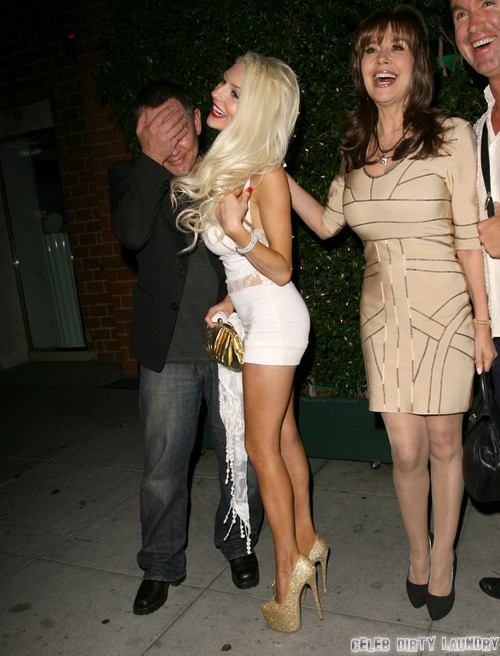 Ew, ew, ew, ew, ew. I can continue saying that for the next seven minutes as I watch a video of Courtney Stodden and her 53 year old creep of a husband, Doug Hutchison, discuss the details of their sex life. Both Courtney and Doug appeared in an interview, explaining the reasons that they’re participating in an eight week online program called ‘Passionate Pleasure’. Need I continue?

Courtney starts off the interview by describing the reasons she and Doug felt like they needed to take this course, explaining, “We’re interested in keeping our marriage and our sex life stimulated, starting now instead of waiting.” They met two years ago, and apparently, when they first met, they were having sex, “Once a day. Two years later, once a week. About once a week, sometimes twice.” Doug says, “It’s still extremely passionate, it’s not like wham-bam thank you ma’am.”

Doug adds, “We’d like to improve on the quantity. I’m 53 years old, and I had a far bigger drive ten, twenty years ago.”

What do you guys think about this couple? Do they gross you out as much they gross me out? Or do you think that love is love, no matter what shape or form it comes in? Let us know your thoughts in the comments.

Courtney Stodden dines out at Mr Chow restaurant with her husband Doug Hutchinson on July 17, 2013