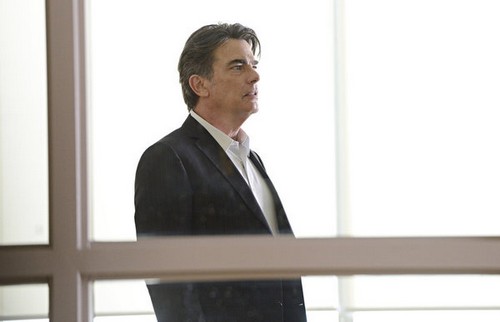 COVERT AFFAIRS continues tonight on the USA Network with a new episode called, “Levitate Me.” On tonight’s episode Calder and Annie finally face off. Did you watch last week’s episode? We have a full and detailed recap here for your enjoyment.

On last week’s show a stunning revelation catapulted Annie to Copenhagen where she had to stop Teo from committing a terrible act. Auggie discovered where Calder’s allegiances lied. Arthur enlisted Bianca Manning, DC’s top defense lawyer, to help save the Campbell name.

On tonight’s show with only Auggie as a resource and dangerous assailants in pursuit, Annie heads to Frankfurt and makes a last ditch effort to take down Henry. Calder and Annie finally face off.

Arthur’s son is dead but that doesn’t mean Henry hasn’t placed his corpse as the number one suspect in the murder of several officials. With the help of his newly acquired lawyer Arthur suddenly has to fight terrorist charges as well. He was the one that granted his son safety. Well him and his wife when Annie took Teo to the American base.

That’s going to be harder to explain than anything else. That’s why Joan has been called in by one her bosses. You see people are connecting the dots. Not the way they really are but the way Henry laid them out to be. An invaluable asset was lost on Joan’s watch and now with her stepson’s charges it all seems like one gigantic big cover-up. Those in power have no choice. They fired Joan.

Maybe if she could have gotten the information to them first she might have been able to talk her way out of all the trouble but neither she or Arthur did. Teo’s information was “leaked” to the media. No spin doctor no matter how well they are can turn back time.

Joan was packing her bags when she became unbalanced. There could be something wrong with the baby. Although she’ll never admit it. All she wants Auggie to do is find Annie and hopefully get her home safely. Auggie is trying. He even went to Calder and pleaded to get Annie extra time for her.

Annie is hunting down Henry’s last hours in Frankfurt. She thinks if she finds out then she could fix everything but is it already too late for that? Henry has built up an army and used some very dangerous contact. When he said there was going to be a bloodletting; he met it. Only thing she found out so far is that Henry was meeting a woman.

She was just about to speculate with Auggie when she notices men on her trail. It seems Calder didn’t give her the 6 hours Auggie had begged him for. He’s in Frankfurt and his people are going to take her back to the States. Whether she wants to or not.

However she hadn’t expected anyone to be also on her trail but protecting her. This stranger stops one of Calder’s guys. By stopping he actually shot and kills him. By time Calder arrived on the scene he believes his friend was killed by Annie. He reports in back at headquarters. Annie is now to be treated as a rogue agent.
Know who else is at headquarters? Henry!

Auggie goes to visit Joan at the hospital. She’s been put on bed rest. He tells her how one of the first things Henry did was get him out of the building. Really that was his temper but nevermind. He has pictures of who Henry was visiting. He brings them so that Joan could help identify the woman. It doesn’t take long. She knows the woman is Jai Wilcox’s mother and Henry’s ex-wife.

Auggie calls Annie to inform her but they figure the only way Jai’s mother fits into everything is if she was part of Henry’s revenge. Annie has also come to a decision. She’s going out into the public to face Calder. Auggie warns her it’s risky but what else can they do what with Henry winning so far.

First thing these two have to work out is trust. Annie tells Calder she didn’t kill his friend. He knows something is up back home. He can either trust Annie or never know what’s happening below his very nose. Calder warns her she can only leave Frankfurt with him or in a body bag and Annie tells him that’s what she was counting on.

After writing a quick “I love you” to her sister she purposely walks right into a trap. Auggie calls her as she was in the elevator. He tries to stop her from walking into a death sentence but she refuse to listen. Calder is the one that shoot her the moment the elevator door is opened.

He reports back in that Annie Walker is dead. Henry’s guy on the ground even confirms it.

What they don’t know is that some old friends have come out of the wood work to help. Eyal Lavine restarts her pulse in the ambulance. It seems Annie Walker is going to remain dead. She’s going to start over somewhere else. But with her dead she now has nothing to lose….