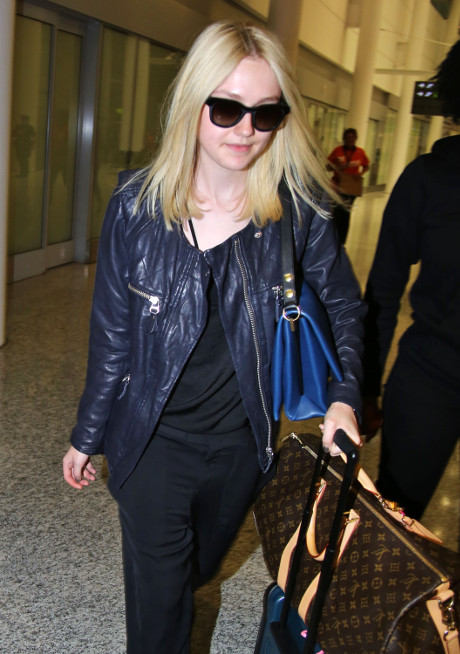 For some reason, Hollywood’s become the go-to place to find young starlets with much older partners. Well, not for some reason – for a very obvious reason. Everybody wants to feel older and look younger, and because these starlets generally tend to hang around people older than themselves as well as play older in movies, they automatically perceive themselves to be more mature. Sometimes they’re right on that front, and sometimes they’re wrong.

One particular case is Dakota Fanning with her new boyfriend, 32-year-old Jamie Strachan, who’s a model. Disregarding the fact that he might be using her for her fame, the age gap between is almost 13 years.

Blake Lively and Ryan Reynolds is another one that most people forget, mostly because Lively does seem somewhat older than her real age, which is 26. She and Ryan Reynolds have a ten year gap between them, but in all honesty, their maturity level is probably about the same.

One such couple dominating the tabloids for the last week has been Rosie Huntington-Whiteley and Jason Statham, and the age difference is a staggering 20 years – but according to the tabloids, they might not be lasting much longer.

And if we’re listing young actresses with older women, what list would be complete without Mary-Kate Olsen and her beau, Olivier Sarkozy. In all honesty, the age difference between them is only 16 years [far less than Rosie and Jason], but it seems like much more because Olivier looks much, much, much older than his age. In fact, he looks like he could easily pass off as 60, making this whole relationship that much skeevier.

And then we have the mother of all relationships, Johnny Depp [50] with Amber Heard [27]. For some reason, this relationship has never been called exploitative or creepy, but I think that has to do with the fact that Johnny has still managed to retain his heartthrob status over the years. But in reality, is it just as sketchy as the others?

Then, of course, we have Mr. Leonardo DiCaprio, who is regularly on this list for dating models that are almost twenty years younger than him. As he gets older, the women he dates seem to stay in the same age bracket.

In all these situations, I don’t want to be too harsh on these couples. Whether for gold digging purposes, creepiness, or because of love, they found something in each other. But what is horrible is the double standard – when an older man gets together with a much younger woman, it’s more or less shrugged off. But if an older woman was to get together with a younger man, all hell breaks loose. Let’s change that in the future – to each their own! Who are your fave young actresses dating old guys (or vice versa).