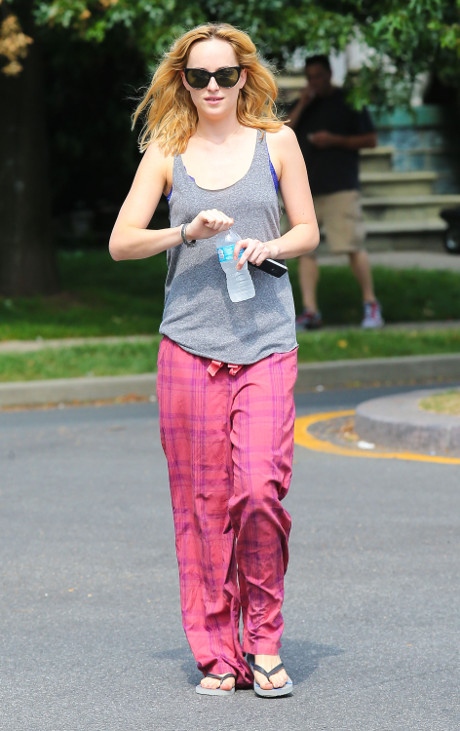 Dakota Johnson is about to become a household name with Fifty Shades of Grey, even though most people had no idea who she was prior to her getting cast as Anastasia Steele.

Johnson, who has had minor roles in several big movies and a lead role in the short-running sitcom Ben and Kate, is probably best known for being the daughter of Hollywood acting legends Melanie Griffith and Don Johnson. She made her acting debut as Griffith’s daughter in a film called Crazy in Alabama all the way back in 1999.

In addition to her parents, her grandmother is Tippi Hedren, another member of the acting royalty. All these connections led to her being signed by modeling agency IMG when she was just 18 years old, and she has since modeled for a variety of different brands, including Mango and Oliver Peoples.

When you show most of the movie going public a picture of Dakota Johnson, they end up recognizing her as one of Justin Timberlake‘s flings in The Social Network, but a little known fact about her is that she actually also served as Miss Golden Globe in 2006.

Her experience with fame from a very young age has probably prepared her for what is about to come, but there is always the risk that she could relapse [she dealt with a serious drug addiction for a couple of years when she was younger].

Overall, she’s enough of a blank canvas [i.e. Kristen Stewart in Twilight] that even if turns out she can’t act, she won’t detract much from the movie. Although a lot of fans are still mad about the casting, I say they should give her a chance. It’s hard to gauge her acting ability from her previous roles, but it’s not like you need a great acting talent to play Anastasia Steele to begin with.