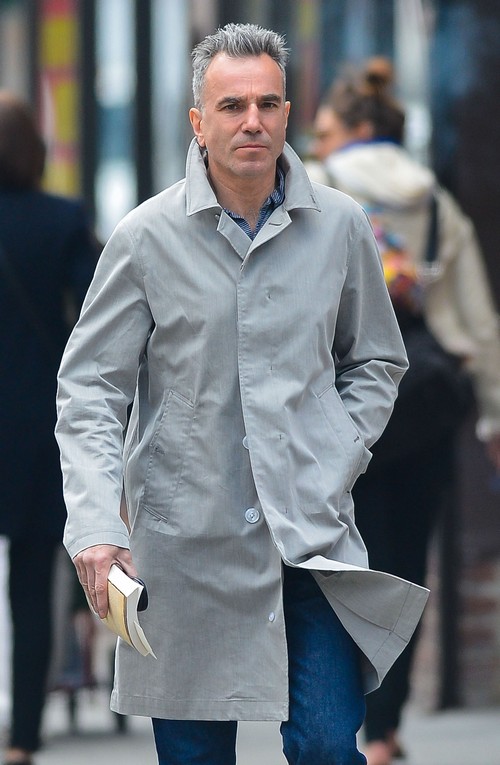 Daniel Day-Lewis is someone that rarely appears in the tabloids or media, which makes this news story all the more shocking. According to a recently released music video from Daniel’s son, Gabe Day, there’s a lot we don’t know about Daniel’s family or private life.

The 18-year-old Gabe attends Sarah Lawrence College close to New York city, and he calls himself, “A bipolar stoop kid taking care of biz.” Sounds odd coming from Daniel Day-Lewis’ son, right? For some reason, you instinctively expect that Daniel’s son will be very similar to him, what with the gravitas and reserved personality. But not many people know that when Daniel was younger, he was quite the ladies man, sleeping his way through Hollywood like there was no tomorrow.

Anyway, Gabe Day has released his first music video, titled ‘Green Auras’. And from the lyrics in the video, it seems like he and his father may not have the best relationship – or at least, Gabe isn’t happy that he has to live in his famous father’s shadow. He raps, “Call me Gabe Day and not Gabe Day-Lewis. Cause if you’re trying to call me out, I’m going to Gabe Day-Lose It! I know what my name is and I know what fame is. Judging someone for their dad is just as bad as being racist.”

Gabe is the son of Daniel and famous French actress Isabelle Adjani, who Daniel left before Gabe was born. Isabelle has spoken out against Daniel in the past, calling him everything from lothario to womanizer, and it seems that Gabe has been brought up with the same feelings of resentment against his father. His rap in the video included, “I feel the most grief for my mother who has no one left in her life but me and my older brother.”

Although Gabe seems like he has plenty of problems on his own, this does shed some light on Daniel’s reclusive lifestyle. He may be a happily married family man now, but there’s a lot of his history that most people don’t have any idea about.