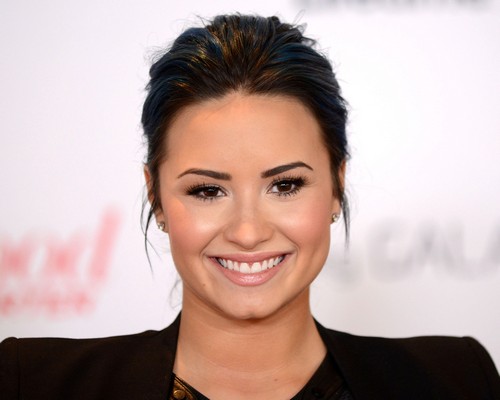 Demi Lovato has been grabbing headlines quite a bit lately for a few reasons. She confirmed that after two seasons of sitting on the judging panel for The X Factor USA she won’t be returning for another go round, if the show returns in spite of its lackluster ratings. She has also decided that it’s time to open up about the drug use that landed her in rehab three years ago. We now know that at her worst Demi couldn’t last more than 30 minutes without needing to feed her cocaine addiction. She has admitted to doing lines while flying first class after everyone around her had fallen asleep.

Demi has often talked about how she has purposely decided to speak up about her struggles to help inspire other young girls to get help, maybe like Selena Gomez? Along the way it seems like Demi has been inspired by Wilmer Valderrama, which is kind of ironic since he used to be considered one of Hollywood’s biggest bad boys that really likes to party. I kind of have to wonder if hanging with him helped to fuel Demi’s bad habits. The two had dated before Demi went to rehab and in the last 6 months or so it seems that they have rekindled things. The two have been spotted together often – everywhere from a lowkey Starbucks run to a Kanye West concert and Wilmer has tweeted his love and support for Demi on more than one occasion.

It looks like things could be getting more serious because on Nov. 20th Wilmer was spotted at Tiffany & Co buying what very well may have been an engagement ring with the inscription, “With you and by you always”, which seems to have special meaning for the couple. Do you think that an engagement is in the works here? Demi has done a lot of living in just 21 years. Do you think that she’s ready to get married to Wilmer at this point? Do you think that he has cleaned up his act too? Tell us your thoughts in the comments below!