Edward Snowden, Man Responsible for NSA Surveillance Revelations, Seeks Asylum In Iceland After Running Away From US Government (VIDEO) 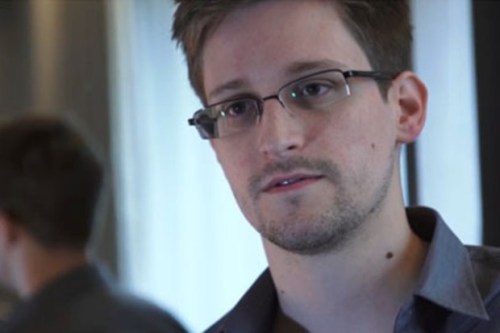 “I can’t in good conscience allow the US government to destroy privacy, internet freedom and basic liberties for people around the world. My sole motive is to inform the public as to that which is done in their name and that which is done against them,” says Edward Snowden, the man behind one of the biggest security breaches in US history. The price he paid for revealing vast US surveillance programs forced him to run away to Hong Kong three weeks ago. He lined his hotel room’s door with pillows and wears a large hood when typing passwords so that hidden cameras cannot record him.

This 29-year-old former technical assistant for the CIA faces criminal charges and extra-legal detention, but the man who lists Daniel Ellsberg and Bradley Manning – both of which revealed confidential government information to the WikiLeaks website – as his muses, is not backing down from being a leader of the vox populi. He admits, “All my options are bad. Yes, I could be rendered by the CIA. I could have people come after me. Or any of the third-party partners. They work closely with a number of other nations. Or they could pay off the Triads. Any of their agents or assets.”

Snowden hopes for asylum in Iceland, as Hong Kong – an administrative region of China with its own legal system – has an extradition agreement with the USA. He also knows that he will never be able to return to the comfortable life he lived in Hawaii, adding, “I have no intention of hiding who I am, because I know I have done nothing wrong. I am not afraid, because this is the choice I have made.”

In his exclusive interview with The Guardian, Snowden only once broke his stoic appearance when he was asked about his relatives working for the US government. “The only thing I fear is the harmful effects on my family, who I won’t be able to help anymore. That’s what keeps me up at night.”

Is Edward Snowden a hero or a villain? You decide.  Is he a freedom fighter or a dupe used by the Chinese government to make the US look as bad as they are?