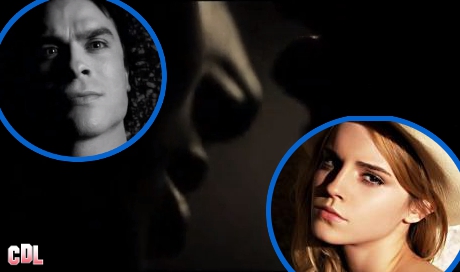 Well that group of online hackers known as Anonymous may have finally caught my attention and I’m going to bet that by the end of today they will have caught the attention of most American women too. Who cares about Kim Kardashian’s SSN or who Kris Jenner screwed last, this is significant and something Fifty Shades of Grey fans have been hanging on the edges of their seats waiting for.

The series became a huge hit last year with women reading the series in record time. The film franchise is expected to make a killing IF the casting is believable. Ian Somerhalder is the name most heard when people are speculating on who may play Christian and he certainly has spoken even just this week about certainly being open to the possibility.

Was Emma someone that you imagined in the role of Ana? If this casting rumor is true then who do you think would work best opposite her? He’ll have to bring serious strength, power and sexiness to the big screen because if those qualities aren’t there instantly the whole franchise will tank. Tell us your thoughts on this casting rumor in the comments below!