Eva Longoria Shacking Up With Reality Stars Ernesto Arguello And Tim Lopez – Is She Dating Both? 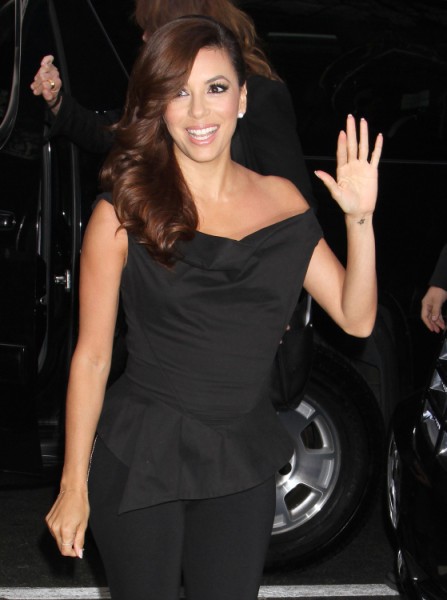 Is Eva Longoria producing NBC’s Ready for Love or is she on the hunt herself? Even after denying that she and Ready for Love reality star, Ernesto Arguello, are a couple, it’s being reported that the two are shacking up in Eva’s L.A. pad.

TMZ reports the  33-year-old civil and architectural engineer had been staying with Eva while he’s been in town. And the two haven’t been secret about their affinity for each other. They were spotted hitting up the club scene last Sunday and Monday night. Is this a case of Eva just showing him the ropes or has she taken a liking to the dude?

It would be so easy to assume they were mixing business with pleasure but TMZ also points out that another reality star from the show, Tim Lopez, is also shacking up at casa Lopez. What’s the deal Eva? Are you just bored and lonely ever since the Eduardo Cruz relationship fizzled out again? Perhaps she’s just trying to drum up interest in the show. It’s another one of those Bachelor types but this one involves Facebook and matchmakers and I’m already bored. I’m sorry but I can never round up the strength to be interested in anything Eva Longoria does. She’s a snooze fest. She had a window to make something happen but couldn’t quite capitalize post-Housewives and now she writes cookbooks, gets political, creates relationship shows and, apparently, dates her employees. Would they be considered employees? I’m not sure. If so, she’s a great boss letting them stay at her house like she’s doing.

What do you think? Is there funny business going on over at Eva’s or just business as usual? What’s up with the Eva Longoria/Ernesto Arguello outings?