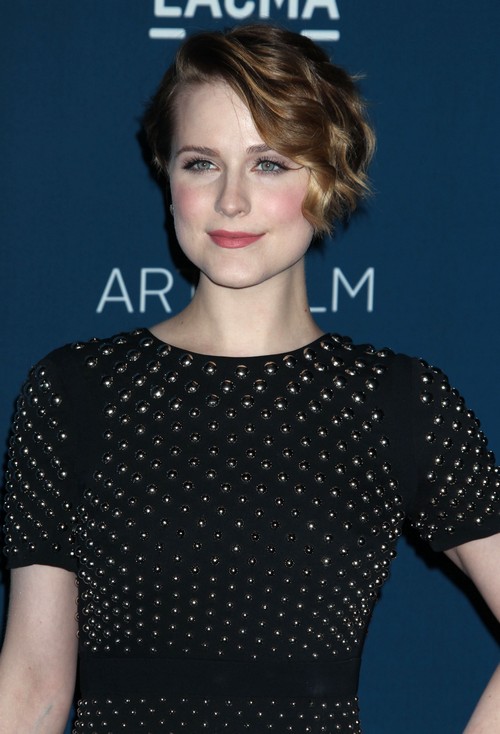 The MPAA [otherwise known as the Motion Picture Association of America] has been getting a lot of heat for its ratings standards over the past few years. There was a massive controversy over Philomena‘s R-rating over a few instances of f**k, since the creators and star Judi Dench argued that plenty of other movies feature more swear words and more violence and get away with PG-13. The controversies make sense since ratings make a huge difference to the film’s bottom line, and the MPAA’s ratings decisions often seem very arbitrary.

The newest controversy to arise from the MPAA ratings has been their censoring of a sex scene in the film Charlie Countryman, starring Shia Labeouf and Evan Rachel Wood. Evan in particular is furious with the censoring, saying this particular sex scene was changed in order to reduce the impact of the woman’s enjoyment.

Evan wrote a long letter regarding the issue, explaining, “After seeing the new cut of #CharlieCountryman I would like 2 share my disappointment with the MPAA, who thought it was necessary to censor a womans sexuality once again. The scene where the two main characters make ‘love’ was altered because someone felt that seeing a man give a woman oral sex made people ‘uncomfortable’ but the scenes in which people are murdered by having their heads blown off remained intact and unaltered. Its hard for me to believe that had the roles been reversed it still would have been cut OR had the female character been raped it would have been cut. Its time for people to GROW UP.”

Similar issues came up with Blue Valentine and Blue Is The Warmest Color, where the woman’s pleasure was considered too ‘provocative’ but the man’s pleasure is barely censored. Without having seen the film, it’s hard for me to definitively state that the MPAA was biased, but knowing the MPAA’s decisions in the past, it’s not hard to believe it. There seriously needs to be a major overhaul of the whole ratings system, especially when the system is so clearly not reliable or even uniform across the board.

Do you guys agree? Let us know your thoughts in the comments.