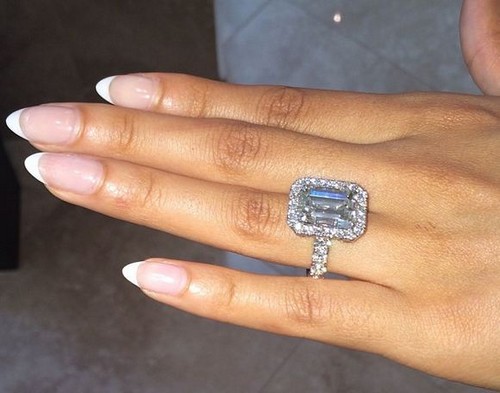 Basketball Wives star Evelyn Lozada has just gotten engaged to LA Dodgers outfielder Carl Crawford, with Carl popping the question on Christmas eve. Evelyn is six months pregnant with Carl’s child, and he clearly is crazy about her – especially evidenced by the $1.4 million ring he gifted her.

Although Evelyn recently went through a very protracted and drawn-out divorce with ex-husband Chad Johnson, she’s moved on fairly quickly and is clearly ecstatic about her new life. She recently spoke about her pregnancy and relationship with Carl, and even though she admitted that nothing was perfect, she added that she was very happy with Carl and excited to give birth to her child.

She also uploaded an image of the ring onto Instagram, with the caption reading, “YES!” A source also gives details about the ring, explaining, “The ring has a 10 carat emerald cut center stone. Total the ring has 14.5 carats and is valued at 1.4 million dollars.” Well, who wouldn’t be happy at that? 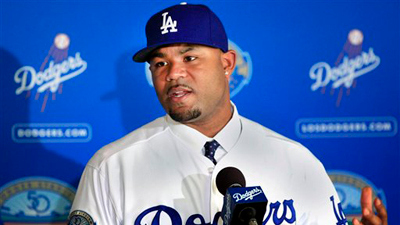 Evelyn already has one daughter from a previous relationship, a 20-year-old named Shaniece. She will reportedly give birth to her child with Carl in the early spring of 2014, although that’s obviously not a given.

There’s always drama with reality stars, but it’s nice whenever anyone has good news. It’s such a refreshing change of pace, no?

What do you guys think of Evelyn Lozada’s pregnancy announcement? Let us know your thoughts in the comments.