Fifty Shades of Grey Encouraging the Celeb World to Start Spanking and Get Kinky! 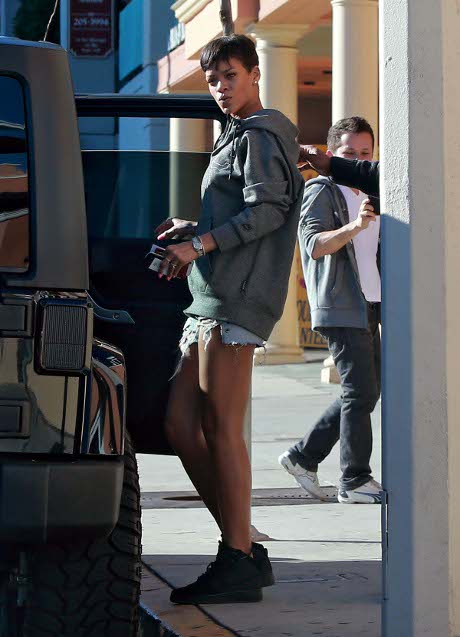 Then there’s Rihanna who is no doubt in a category unto herself. I’m pretty sure spanking is the tamest thing that she’s into! You know I’m right. That girl doesn’t hide her penchant for anything on the kinky side and we all know and accept that about her. It’s normal and maybe that is what the Fifty Shades series has actually accomplished. It has helped to normalize the things that people have already been doing.

Perhaps that’s why the film adaptation is so anticipated and it’s why Christian Grey and Anastasia Steele are two of the most sought after roles in Hollywood.  People aren’t running away in fear but instead they are embracing this series because what is thought to be a sub-culture actually does find its way into the bedrooms of middle America. We just dare not discuss it. At least until now. I’m not saying every couple has their own specially equipped room, but cuffs sell like wildfire and there’s a reason for that.

Silverman admits that she likes “a big whallop on the ass” and I wonder who else is going to admit the same thing. Fifty Shades has made it easier for celebs to talk about sex and I suspect as we get more information on the movie heading to the big screen it’s going to become even more popular. Have you decided your personal picks for the roles of Christian and Ana? Who do you think can not only handle the onscreen action, but then survive the media tour to promote it?