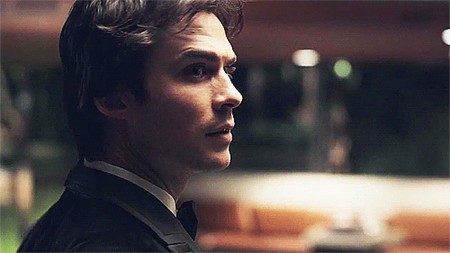 After well over a year of speculation it now seems that the final word has come regarding the possibility of Ian Somerhalder playing the lead role of Christian Grey in the Fifty Shades of Grey trilogy. According to sources the answer came right from the proverbial horses mouth this past weekend at Comic Con when E.L. James confirmed that Ian will NOT be cast in the coveted role. The writer was at a party and when asked about the Ian rumors she made it very clear that he is not her vision of Christian whatsoever.

The film itself has to be done just right or it will bomb. The casting has to be absolutely believable and if it is then whomever lands the two leading roles will no doubt skyrocket straight to the A-list, if they aren’t already their. Think of what the Twilight franchise did for Robert Pattinson and Kristen Stewart. That’s what’s at stake here and now it seems that Ian will most definitely be missing out on it, at least with this project.

If Ian isn’t right for Christian Grey then who is? Who do you think will ultimately snag the coveted role? Tell us in the comments below!