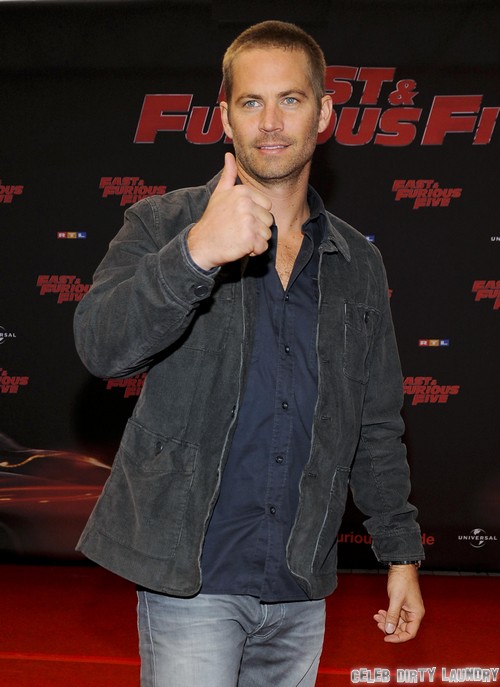 Paul Walker for Christian Grey? While practically every good looking white actor in Hollywood has been linked to the role of Christian Grey in the upcoming Fifty Shades of Grey movie adaptation, this is the first time Paul Walker’s name has come up.

While Paul discussed taking the role in a new interview, he wasn’t beggy or desperate about it [ahem, Ian Somerhalder]. Instead, he said that it would all depend on his chemistry with whoever is playing Anastasia Steele.

He explains, “It would be really important to have incredible chemistry with whoever the girl was and it couldn’t be something you would have to force. I think the people need to spend a lot of time together and intimate time would probably help.”

I don’t think anyone would say not to this idea. Paul Walker shirtless and ‘intimate’? Yes, please. And he might not be the best actor in the world, but this is Fifty Shades of Grey. It requires even less acting than Twilight did, so whoever they cast will be fine as long as he looks good and can mime on-screen sex well.

Paul does bring up a good point though – who will be cast first, Christian Grey or Anastasia Steele? Some new reports are saying that Anastasia will be cast first, stating that the role of Christian Grey would go to whoever would have the best chemistry with the actress. However, if that’s the case, they’re making a mistake. With Fifty Shades of Grey, Christian Grey is arguably the biggest draw of the film. It’s the reason the books became such a hit, and it’s the reason the film stands to do well. So don’t mess it up, Universal.

Do you guys think that Paul Walker could do justice to Christian Grey? Let us know in the comments.