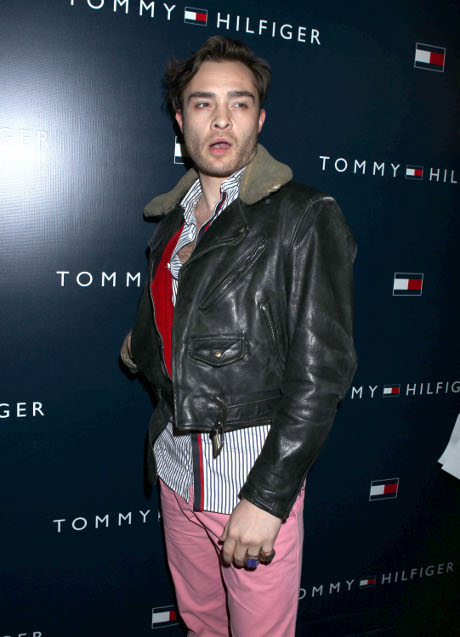 With an endless list of potential actors and actresses lined up to play the role of Christian Grey and Anastasia Steele in the upcoming Fifty Shades of Grey film, two names are really firing up the rumor mill. Ed Westwick of Gossip Girl fame and Emma Roberts have reportedly cropped up as two new, naughty favorites — according to polls. The movie still has yet to do any official casting, but insiders say all that official business will take place later this year.

I just can’t wait for them to release the cast list so everyone can be done groaning and speculating, groaning and speculating, groaning and speculating. Every once in a while people come up with some fan favorite actors that would do well in the roles, but then there are the people who just stretch a bit too far. Kristen Stewart and Robert Pattinson? C’mon, everyone knows that would be awful. They’d definitely bring in audiences and generate a crapload of box office cash money dollars, but casting directors wouldn’t necessarily be choosing those two for their “good fit.” In my opinion, neither KStew or Robert belong in the film. Do you think they’d make a good BDSM couple?

Twilight Breaking Dawn director Bill Condon put a giant helping of coal into the rumor furnace after releasing an onslaught of cryptic tweets that somehow linked KStew’s name to the film. This, in turn, started rumors that Bill Condon might somehow be linked to either the direction or production of this sexy-naughty-love-child conceived by EL James’s brain and pen.

Last month, people talked about James Franco and Mila Kunis assuming the roles of Christian and Ana, but those really haven’t gone anywhere — unless you think they should! How would you feel about seeing The Franco being naughty and all sexual with Mila Kunis?