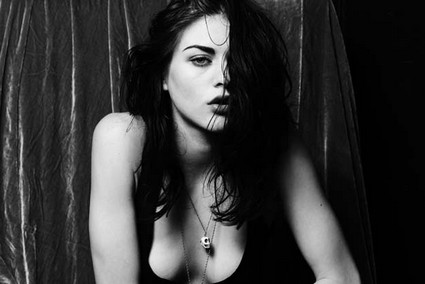 Someone other than Kristen Stewart in the role of Bella Swan in the Twilight franchise? I don’t know if anybody else could have pulled off the lip-biting dead-eyed intensity of that role, man. According to Courtney Love, her daughter Frances Bean Cobain felt the same way because she turned down the role!

Courtney Love was recently on The Howard Stern Show and she revealed, “When she [Frances] was 13 she was offered Twilight. She was offered Bella in Twilight.” According to Courtney, Frances didn’t audition or anything, but someone in casting apparently saw her photo in a magazine and sent her the script. Courtney says that Frances immediately turned down the role, claiming that Frances added, “That’s a sexist Mormon piece of sh*t.”

Courtney claims to be happy that Frances turned down the role, saying that it would have ‘destroyed her life’. In addition, this isn’t the first time that Courtney’s made these claims, having said the same thing way back in 2010 at the height of the Twilight phenomenon.

So let’s do the math, shall we? Frances is 20 years old right now. Courtney claims that Frances was sent the script when she was 13 – which is seven years ago in 2006. That sounds about right, so it’s possible that Courtney’s telling the truth. However, where the story doesn’t become believable is when Courtney keeps insisting that Frances ‘turned down’ Twilight.

Um, she didn’t turn down anything because she didn’t audition for the part! Catherine Hardwicke [the director of Twatlight] has always been very vocal about the fact that Kristen Stewart was always her first choice for the role, no matter what everyone else says. I’m not trying to pretend like it turned out to be some cinematic masterpiece, but Catherine always wanted Kristen, and she got Kristen.

What do you guys think? Do you think Courtney’s exaggerating the extent of her daughter’s involvement in the franchise? Or do you think she really was offered the role and turned it down because it was a ‘sexist Mormon piece of sh**’?