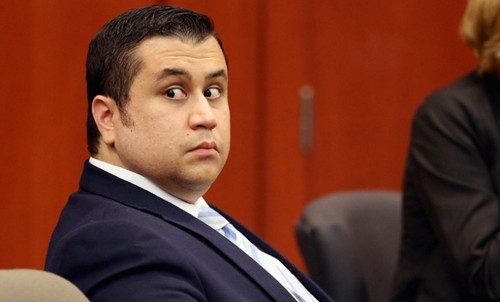 You’d think George Zimmerman would have learned his lesson, but it seems this guy just doesn’t know when to put away the gun. George, who was acquitted after the murder of Trayvon Martin, recently threatened his estranged wife and her father by waving a gun in their faces. Shellie Zimmerman, who has recently filed for divorce, immediately called the cops who took George into custody.

Lake Mary police spokesman Zach Hudson said police are “trying to determine what exactly happened. A spokesman for former Local 6 legal analyst Mark O’Mara, who represented George Zimmerman in his murder trial, said he had no comment at this time.

Since the trial ended, George has been pulled over for speeding twice — and now this incident. Hmm. Makes you wonder, doesn’t it? Does he just think he can get away with anything now? We’ll keep you updated if we hear more enlightening news.