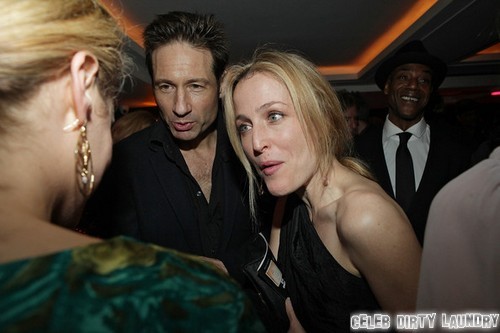 Chances are, you have probably heard that Gillian Anderson and David Duchovny have some big announcement to make on Monday. Some have suggested that they are finally going to announce that they’ve been banging for years, but we’re guessing that it might be even juicier than that. Are you excited?!?

While we’re hoping for them to announce that they are a couple — finally, we will more than gladly accept a new X Files movie or a television series. Could you imagine seeing Fox and Scully on the small screen in the year 2013? How cool would that be? Or even better — on the big screen!

Either way, we are super excited for whatever Monday’s announcement brings. X Files fans: Tell us if you are more excited for them to reveal a personal or working relationship? Hit the comments and let us know your thoughts! As always, stay tuned for the first official word on the news when it’s made public on Monday! In the meantime, tell us what you’re hoping they reveal!