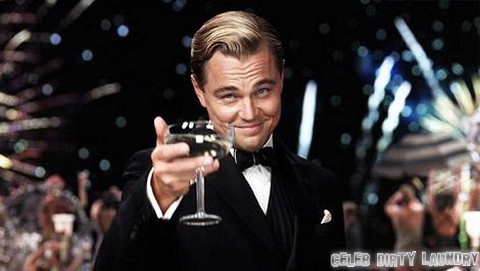 The latest trailer for ‘The Great Gatsby’ has been released, featuring a soundtrack popping with vocals from Beyonce, Lana Del Rey, and Florence & The Machine. This is by far the most visual trailer that has been presented for ‘The Great Gatsby’, which is mere weeks away from its release date of May 10th, 2013.

Leonardo DiCaprio and Carey Mulligan really have great chemistry, don’t they? Well, Leo generally has chemistry with all of his leading ladies, and Carey seems to be no exception. The soundtrack also looks to be as strong as the film ,with vocals from Jay-Z, in addition to the aforementioned Beyonce, Lana Del Rey, and Florence & The Machine.

It’s jarring at first to hear such modern music set in a story that takes place in the 1920s, but what else can you expect from a filmmaker like Baz Luhrmann? The film is already in 3D, and it’s said to be a visual extravaganza unlike anything that’s been shown before. When it was first announced that the film would be in 3D, people scoffed and skeptics stated that there was no way that the film would be able to pull that off.

However, seeing this trailer and all the previous ones that came before it, it seems like the perfect story to feature 3D, eye popping visuals, and a modern soundtrack filled with today’s most successful artists. Plus, it’s a Leonardo DiCaprio film. How do you say no to that?

For those of you not familiar with the iconic story, DiCaprio plays the titular character of Jay Gatsby, and the rest of the cast is filled with the likes of Mulligan, Tobey Maguire, Joel Edgerton, Isla Fisher, Jason Clarke, and Amitabh Bachchan. It’ll be interesting to see how well the film does at the box office – on the one hand, Baz Luhrmann’s last hit was Moulin Rouge in 2001. However, you also have perennial blockbuster star Leonardo DiCaprio, as well as an iconic story as your source material. As the film get closer to its release date, we’ll either see the hype for the movie build or fall flat.