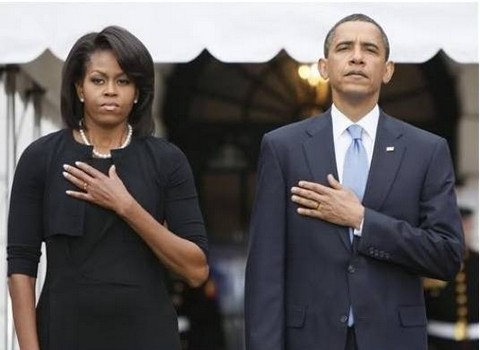 Reports are out that a swatter and hacker group, responsible for exposing the private financial details of Michelle Obama and also known for swatting Rihanna, Diddy, and Ryan Seacrest [among many others], has just threatened to blow up the White House if President Obama doesn’t declare war on North Korea.

The group called 911 and phoned in the threat, saying they will bomb the white house unless their demands were carried out. They claimed to have 8 devices ready to detonate around the border of the White House if President Obama didn’t declare an act of war on N. Korea.

They initially gave the president 24 hours to meet his demands, but it seems the government recognizes a hoax when they see one. Unfortunately, the group managed to hack into the Associated Press’s twitter account and posted this tweet, “Two Explosions in the White House and Barack Obama injured.” Needless to say, that tweet caused quite a bit of panic in the nation, and reportedly send the stock market crashing. However, stocks are now recovering and the AP has since removed the tweet, announcing that it was the work of the hackers.

It seems as though these swatters are starting to aim higher and higher, and you really can’t get higher than calling in a bomb threat to the White House. It’s interesting that they still haven’t been caught, and this incident should definitely motivate the authorities to work harder to expose this group.