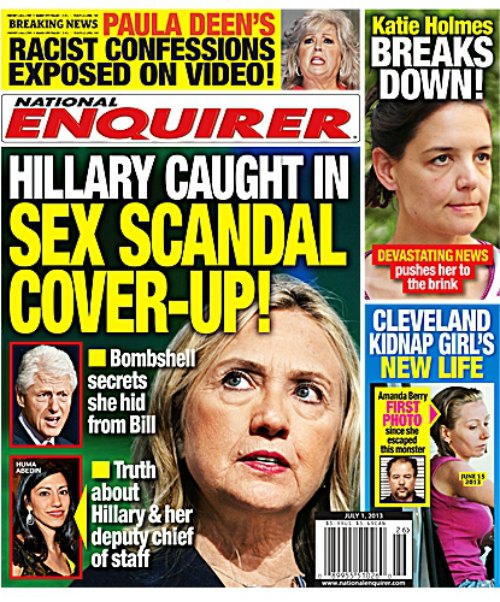 Secretary Of State Hillary Clinton is featured on the cover of the latest issue of the National Enquirer. According to the tabloid, Hillary is involved in some sort of sex scandal cover up.

The tabloid has previously claimed that Hillary is a lesbian. In keeping with that theory, the inset photo shows deputy chief of staff. According to the Enquirer, there might be something going on between the two of them.

Is Hillary getting jiggy with the ladies behind Bill’s back? What do you think? Hit the comments below and share your thoughts!