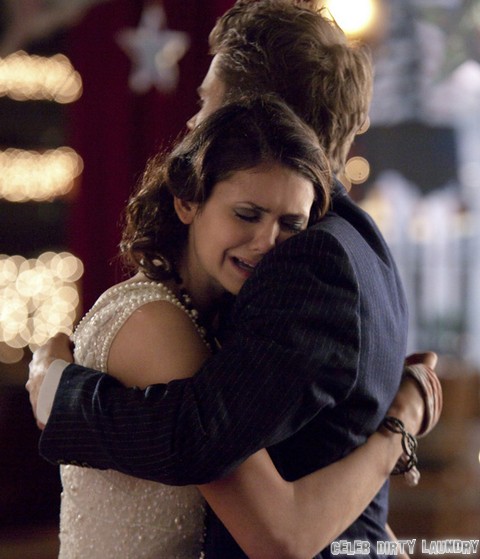 If you wait long enough these Hollywood splits start to make a whole lot of sense. The best we can tell, Nina Dobrev and Ian Somerhalder split up months ago, shortly after the Oscars. Neither one of them would comment on the status of their relationship until the current season of The Vampire Diaries wrapped up. Then Nina’s friends blabbed to the press about how Nina didn’t want to settle down yet so she left Ian – basically spinning it as far from the truth as possible.

After nearly 3 years together Nina was more than ready to move their relationship forward, but you know how it goes. Nothing chases a guy away faster than the thought of committing before he’s ready. Ian’s response was to apparently hook up with costar, Malese Jow and it delivered his romance with Nina a total death blow.

Last Christmas Ian was quoted as saying that one of his favorite things about Nina was her ability to live in the moment. He later vaguely commented on their split saying that sometimes people change and forget to tell you. After being spotted out with a few random women Ian has admitted that he has issues with women. He vented, “I would be happy if a woman would just go for dinner with me, rather than wanting my babies straight away!”

I don’t think those one night flings were looking for a picket fence scenario, but it seems that Nina really was and Ian didn’t take things nearly as seriously!

No wonder Nina and Julianne Hough have totally bonded these past few months! They were 100% is the exact same situation – holding out for years for a man that would never totally commit, don’t you think? Tell us your thoughts in the comments below!