James Gandolfini’s Cocaine and Alcohol Rehab History – What Part Did Drugs Play In His Sudden Death? 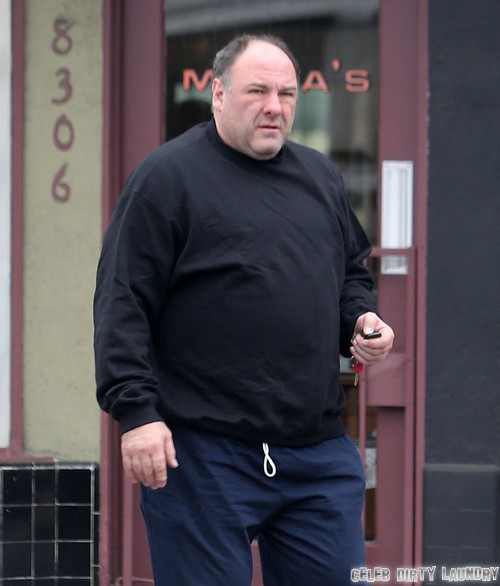 When it was first announced that James Gandolfini died of a heart attack earlier today, a lot of the focus was put on his lifestyle and past alcohol/drug addiction. We’ve managed to uncover articles from over a decade ago about James actually undergoing rehab for alcohol and cocaine addiction.

This information first leaked out from his ex-wife in very bitter divorce proceedings, and it was later confirmed by his rep. When the report first came out in the tabloids, Gandolfini’s rep tried to play it off as though it was something from a very long time ago that was no longer part of Gandolfini’s life. However, sources back then said that Gandolfini’s rehab stint was not a one-time thing, and in fact happened quite often. Although he had remained sober for some time, Gandolfini reportedly kept it secret to shield his son from the exposure.

Gandolfini’s rep also blamed his ex-wife, Marcy Gandolfini, for leaking the information about the rehab to get more money out of the divorce. Whether it’s true or not, we can’t verify, but it was definitely something that deserved to be heard – whether Gandolfini wanted it to be heard or not.

In the end, James Gandolfini died of a heart attack. It was a heart attack that could have been caused by long-term cocaine use, but it was a heart-attack nonetheless. He didn’t overdose on drugs and alcohol, and the saddest part of the whole situation is that he’s leaving behind two darling children, one who is still a baby and will never get to know her dad. This is depressing me.

Anyway, so James Gandolfini definitely went to rehab for cocaine and alcohol – more than once. Whether that played any part in this whole situation, we’ll leave it up to you guys to decide.