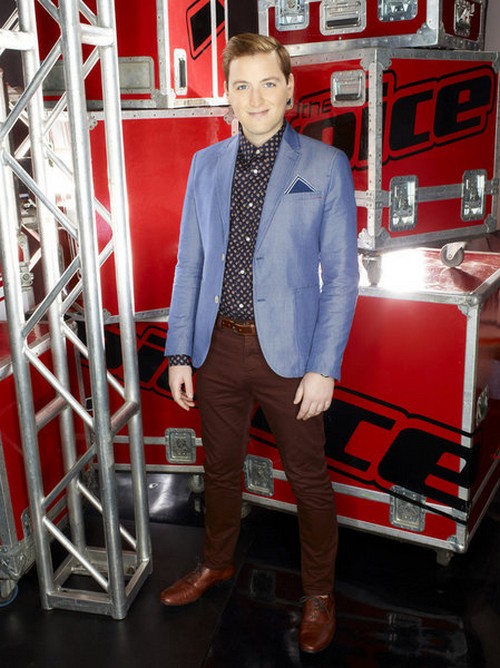 James Wolpert took the stage tonight on THE VOICE for his Top 10 video performance.  James Wolpert sang “Without You” by Harry Nilsson.  Tonight’s show the remaining artists from each coach, Christina Aguilera, Adam Levine, CeeLo Green and Blake Shelton team performed live for America’s vote and the chance to move on to the Top 10.

Judges Comments: Adam says that song is one of the hardest ones to sing and a favorite of his; he believes that James took the song and makes it his own. He has such an individualistic way with how he performs; he would buy the album. Christina loves the look and the song choice; the whole thing really impressed her and his voice is so clean. Blake says vote for James!

On last week’s show James sang “Mr. Brightside” and the judges loved his performance.  The judges said this about his performance, “Adam said that ever single second of that song was the most dynamic yet controlled performance he has ever seen, he turned into a rock star in front of their eyes and loved it so much. Christina says it was really nice and is proud of Jame; she is impressed with his growth and the high note he had was just perfect but felt nervous at first but is glad how great it went. CeeLo says he loved the stage presence and the way he performed was just amazing.”