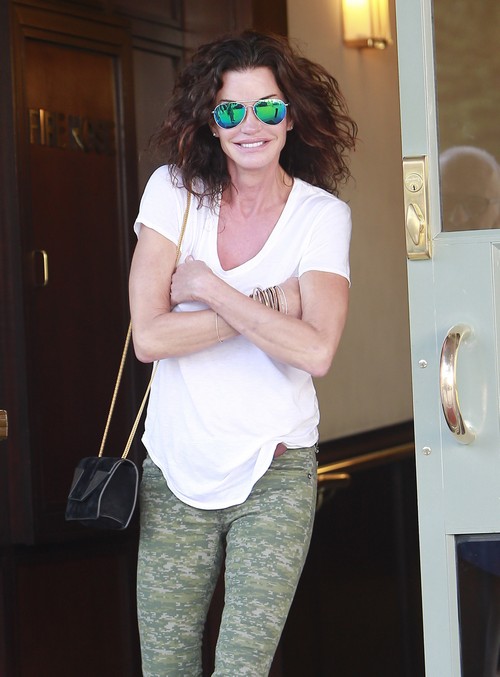 It’s funny to me when various reality stars argue over fame. They are all peas in a pod, right? You have trashy and then more trashy. You have famewhore and then bigger famewhore. And that’s exactly what’s happening with Janice Dickinson and The Kardashians.

The Kardashians recently called themselves the ‘first family’ of reality television – but Janice does not agree. In response their quote, Janice claims that she ‘threw up’ when she heard their comments and claims that they also ‘ruined television’. I agree with her there, but I think television was already going downhill when the Kardashians came to infamy.

Janice ranted against the Kardashians, and compared her family values to theirs, saying, “I have a real family. I raise my children with values. My daughter goes to the University of Michigan and is a Kappa Kappa Gamma. When I heard that the Kardashians called themselves the First Family of reality television I threw up.”

Well, Janice is not wrong – in fact, everything she says, I actually agree with. But should Janice be the one saying any of this? On the one hand, everything she’s saying is correct and something that other legitimate celebrities have also echoed – the Kardashians are a fraud and by miracle or fluke, they’ve become this famous. And they are the ones that heralded the golden age of reality television, which is also synonymous with the decline of network television.