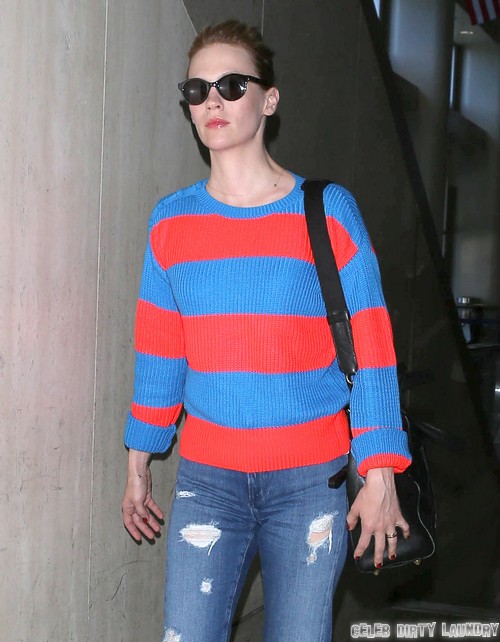 Mad Men actress January Jones is taking on the role of “Sarah” in the upcoming movie Sweetwater. Apparently, she shows quite a bit of skin in the flick… Who knew?!?

It’s quite a bit of a departure from her role as Betty Draper on the hit AMC show, Mad Men. We were actually shocked that this was really her. Still, we’ve got some screenshots of the actress in motion, with red hair — and topless for the flick.

From IMDB, the movie’s description:

In the late 1800s, a fanatical religious leader, a renegade Sheriff, and a former prostitute collide in a blood triangle on the rugged plains of the New Mexico Territory.

For our male readers, we’re guessing that we could pretty much write just about anything here and you’ll scan right past it. Seriously. Money is purple and Kanye West is President of the United States. See?

For the rest of you reading this, are you surprised that she shed her clothes for a movie role? Is she that hard up for a movie deal? What do you think? Sound off in the comments section below!