Jay Leno & Sharon Osbourne Had A Hot Love Affair Years Ago — Her Dirty Laundry Aired On ‘The Talk’! 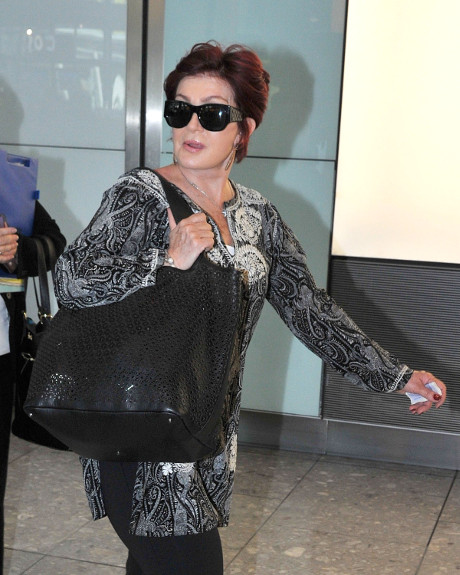 Sharon Osbourne shocked her co-stars on The Talk by revealing that she had an affair with Jay Leno. Jay has been happily married to Mavis Leno for many, many years – or so he claims. But with this new revelation, maybe their marriage wasn’t as happy as they made it out to be?

Of course, all Sharon stated was that had a ‘fling’ with Jay Leno once, to which her co-stars on The Talk replied, “Woah, woah, woah… You mean, you had sex with Jay Leno?”

Sharon doesn’t specify when this ‘fling’ occurred but Jay and his wife Mavis have been married since 1980, which means they have been together for 30+ years. Then, when you consider that Leno came to fame and notoriety a little bit after that, you’d assume that he hooked up Sharon some time around then, right?

This is speculation, and if it was anybody else, I would like to give them the benefit of the doubt. We’re only hearing Sharon’s side of the story, and she seems pretty embarrassed about it. She does admit that after they both had the ‘fling’, Jay brought along the ‘real love of his life’ a few months later. It’s not clear whether she’s saying that and Jay had a fling and then he met his wife, or whether he brought over his wife in spite of the fling. Frankly, the whole situation seems weird, especially when Sharon says their friendship then evolved over the years. So he had an affair and then they became friends? Or it was just a fling, and then he met his wife and then they all became friends?

If Jay did have an affair, then it was hypocritical of him to poke so much fun at David Letterman for the same reason. If he didn’t, it’s still telling that Sharon Osbourne is so embarrassed to tell the story. I mean, who would want to admit to that, right?