Jennifer Aniston and Brad Pitt To Meet At The Toronto Film Festival – Comfortable or Catastrophic? 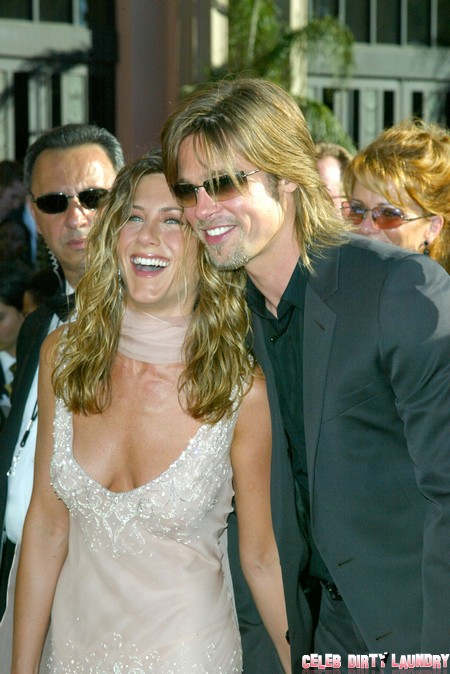 If you stop and really think about it, it’s amazing that Brad Pitt and Jennifer Aniston have managed to completely avoid running into each other in public for the last eight years, isn’t it? Both top Hollywood A-listers with similar events to attend, I think that there has been some serious strategizing on reps’ part to keep these two apart. It looks though, like that inevitable face-to-face meeting could actually occur in September. Both Jen and Brad have movies scheduled to appear at the Toronto Film Festival which kicks off on Sept. 5th.

Jen’s Life of Crime will make its debut as the closing night film of Sept. 14th while Brad’s 12 Years a Slave has no official time yet but is included in the Toronto Film Festival’s official line up. In other words, these two will inevitably be in Toronto at the same time for the same celeb event. Do you think that their handlers will jump through hoops to keep them apart?

At this point I think it might actually help Jen to run into her ex in a very public setting. If she were to handle it graciously then maybe people would stop connecting her to Brad. Everyone still seems to hold to the notion that Jen has never gotten over Brad’s leaving and so maybe if the press and public sees them together and okay it’ll finally let her dump the pathetic wife left in the dust persona.

We have seen Jen move on with men and she’s currently engaged to Justin Theroux but there always seems to be something in her way. Maybe it’s simply that hurdle that the public has created. If she shows up in Toronto and is spotted with Brad for a few minutes looking okay then it’ll be easier to be more than Brad’s ex with a crappy Rom Com movie career.  What else exactly Jen can do, I have no idea, but anything has to be better than the laughable (but not laugh-inducing) films and commercials she makes.

Do you think it’s time they show up together in public? Tell us your thoughts in the comments below!