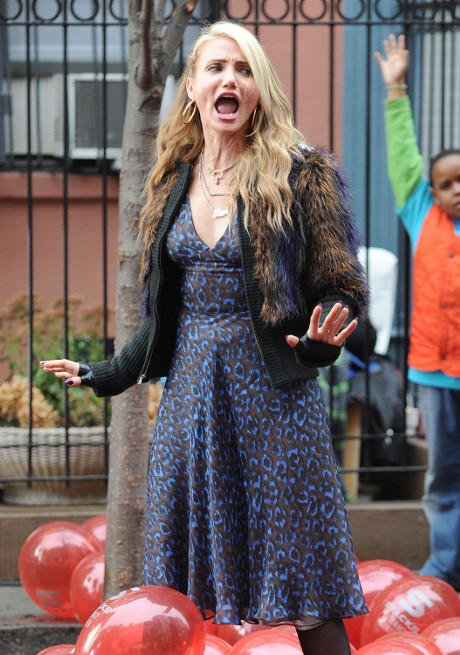 Are Hollywood’s funny ladies teaming up for an epic “chick comedy” that will give even Bridesmaids a run for its money? According to a source, Jennifer Aniston, Cameron Diaz, and Sandra Bullock are searching for a delicious script that would give them each amazing roles to wow the socks off Hollywood’s funny crowd. While this sounds like an amazing movie, we’re not going to hold our breath, as nothing official has been announced yet.

RadarOnline speculates that the trio is searching for the “the mother of all chick comedies to act in together.” It adds, “It’s amazing that this is even being considered by this group — and shows that they’re putting aside old rivalries to find ways of staying relevant in recession-racked Hollywood.”

The source claims that this potential film could do for female comedies what The Avengers did for superhero movies. “The success of The Heat and the movie Bridesmaids has shown that female buddy comedies are the hottest thing going,” says the outlet. “Cameron, Sandra and Jen would love to work together and rake in box office gold.”

What do you think about this idea of Jen, Cam, and Sandra working together on a film? While I think it would be a massively successful movie, many have said that they don’t have anything in the works, nor do they have any future plans to craft comedy gold together. But, who knows . . . . do you think these three funny ladies will treat us to a glorious film filled with Bridesmaids-worthy laughs?