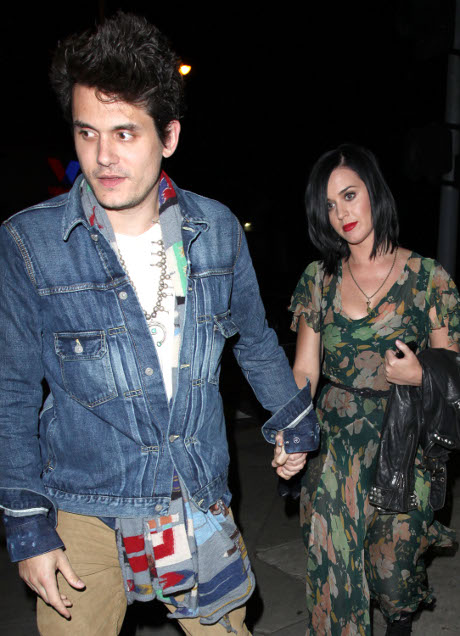 Is Jennifer Aniston causing drama in Hollywood again? According to some, her and John Mayer are in an epic battle over their favorite restaurant, The Tower Bar at the Sunset Tower Hotel in West Hollywood. Apparently, Jennifer Aniston had a run-in with John Mayer and Katy Perry and the experience left her completely mortified, throwing her into a complete and total freak-out-diva frenzy. The story comes to us from Star Magazine. While they might have run into each other, I find it hard to believe Jennifer Aniston would go into such crazy mode after simply running into a man she’s long forgotten.

The source for the print tabloid reveals, “Jen freaked out when she ran into John and Katy [Perry] one night” and, after Mayer caught wind of Aniston’s presence, overhauled on the public displays of affection with his date Katy. Wow, John, trying to make Jennifer Aniston feel jealous? I don’t think she’s missing what you got to offer, but I’m sure she says thanks anyway for your douchebaggy gestures.

The magazine claims that Jennifer Aniston pulled aside the restaurant host and told him that if they John and Katy ever come here again to phone her personally so she knows not to come it — or the best way to avoid them. While I know sometimes *most times* celebrities act like they’re in high school, this situation seems like a bit of a stretch, but I wouldn’t put it past John Mayer to try and make his girlfriends of the past jealous.

Allegedly, Jennifer Aniston hasn’t been in LA for the last three weeks. So, if that’s true, then there’d be no way Jennifer Aniston ran into John Mayer in West Hollywood recently. But, who knows. Let us know below whether or not you believe this ridiculosity!