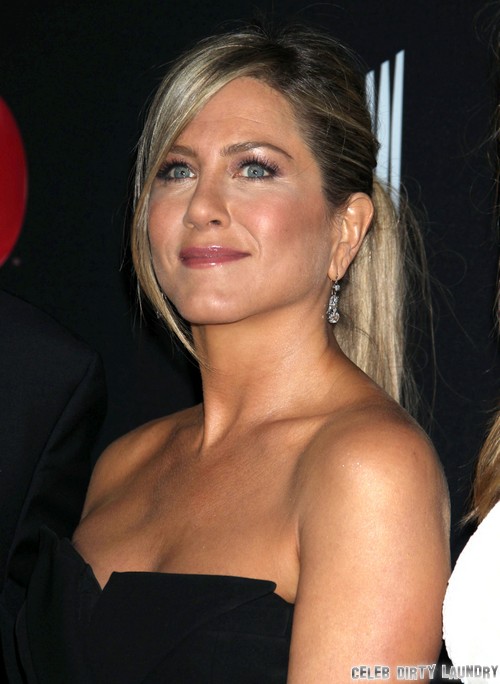 Jennifer Aniston recently told New York Magazine that she hates McDonalds and only eats natural, organic food. Is she pulling a Gwyneth Paltrow?

Now, when we say ‘pulling a Gwyneth Paltrow’, it doesn’t just mean that a celebrity has been harping on about natural and organic food. Eating natural and organic is a good thing, and I wish more people would do it. Instead, the phrase points to celebrities who try to set examples but instead come off as slightly condescending.

The exact quote Jennifer gave was, “Ill never forget when Justin and I were on a road trip and we were so hungry. The only thing around was McDonald’s. I think I ordered a Big Mac. Wow, my body did not react well to that! It was like putting gasoline in a purified system. I am always trying to eat organic and natural foods, so that just made my stomach turn and made me feel terrible.”

Look, McDonalds isn’t for everybody. It’s pretty much a given that it’s not very good for you. But when you’re telling people that eat McDonalds that they’re putting ‘gasoline in a purified system’, that’s kind of a bit much, isn’t it? You’re basically telling all those people that they’re killing their bodies.

And yes, it may be true. But it’s still condescending as hell, especially since most people who eat McDonalds don’t do it on a daily basis. But then again, people like Jennifer Aniston and Gwyneth Paltrow rarely understand that sometimes, people can’t afford to only eat ‘natural’ and ‘organic’ food every day, and sometimes people don’t have other options. I mean, in their mind, eating fast food is akin to poisoning your body, no matter how many times you do it or your limited culinary options.

Maybe I’m overreacting. I’m sure she didn’t mean anything by what she said, but it still rubs me the wrong way. A lot of people who eat fast food do it because they don’t have the time or resources to cook, or as a way to treat their kids when they can’t take them out for anything more expensive. What do you guys think?