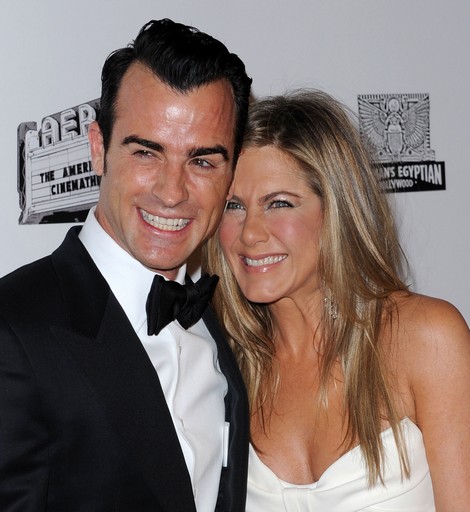 Jennifer Aniston and Justin Theroux are constantly in the tabloids over rumors and allegations that their relationship is about to end. I can never make up my mind on whether there’s something to the rumors, or if the tabs are just desperate to cause drama. Usually, when there’s this much hubbub over a certain topic, there’s almost always something to the rumors. But then again, this is Jennifer Aniston and most of the tabloids have suggested that she’s gotten pregnant about a hundred times in the past two years alone.

Anyway, despite the crazy amount of stories surrounding them, Jennifer and Justin are paying the rumors no heed. According to reports, they’re planning on going to Mexico together for New York’s Eve. But wait, they didn’t just decide to spend the holidays together – apparently, the decision came after an intensive round of couples counseling. Hmmm, maybe there’s trouble in paradise after all. A Daily Mail source explains, “Jen and Justin love each other, they are fully committed. They had hoped to be married by now but work commitments this year meant their plans went astray. They have had some counseling. They both regret not spending more time together this year and they’re determined that next year will be different.”

Right, so the counseling just basically addressed the fact that they didn’t spend much time together this year – and honestly, that seems to be the root of the problem. Most of the tabloid reports are based on the fact that Justin technically lives in NYC now while Jennifer still lives in LA, and the fact that they’re not always together gives the rumors plenty of ammunition.

What do you guys think? Are Jennifer and Justin going to stay together after the New Year, or will they end up breaking up soon after? Let us know your thoughts in the comments.