Jennifer Hudson Receives Hollywood Walk of Fame Star — Has she been Awarded the Honor too soon? 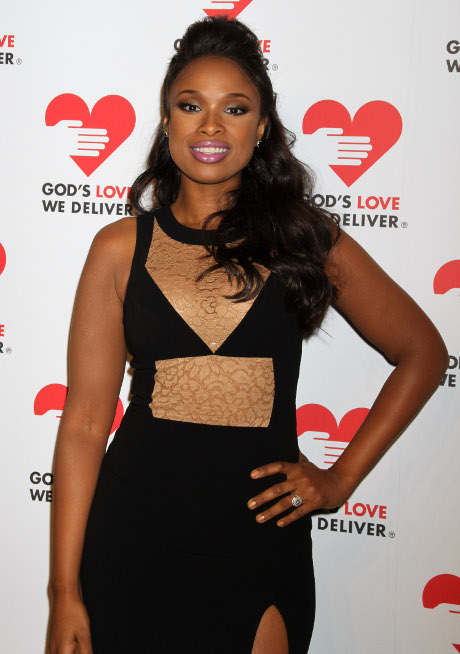 A star on the Hollywood Walk of Fame is an achievement everyone in the entertainment industry wants to reach. It means your contributions to the industry will forever be remembered and your legacy will live on to inspire the next Hollywood hopeful. There has even been some controversy whether reality stars like Kim Kardashian should be eligible for the honor. While that debate continues, Jennifer Hudson recently received a star for her contributions to music. We all know J-Hud can blow an amazing tune, but ever since it was announced she was getting a star, I can’t help but wonder if her contributions to music are significant enough for her to be awarded a Walk of Fame star.

We first met Jennifer on season three of American Idol in 2004. She shockingly came in seventh place. She should have at least made it to the final three. She was way better than Jasmine Trias. The next step for Jennifer was landing the role of Effie White in the film Dreamgirls. This catapulted her into superstardom and earned her an Oscar and every other acting award you can imagine. Since Dreamgirls, she has done a few movies but nothing even remotely close to Oscar worthy. So, although she has an Oscar and welcomed amongst the Hollywood elite, you can’t really give her a star for film.

Now let’s look at her discography. Jennifer Hudson has two studio albums. TWO?! Her debut album was released in 2008 and a follow-up was released three years later in 2011. Both albums peaked at number two on the Billboard charts and produced only one top 40 hit. As an R&B artist, she has had three top 10 singles on R&B charts. But only three. However, she has won one Grammy and earned three nominations in total. With these stats, her “contributions to music” are clearly outstanding and unmatched. Does she even tour?

I’m not saying Jennifer doesn’t deserve the accolades. She is extremely talented and I love listening to her music and watching her movies. I even liked her on the NBC show, Smash. I just think she received a star on the Walk of Fame too early in her career, especially when artists like Mariah Carey and Whitney Houston have yet to receive one. (Fun fact: George Clooney handed Jennifer her Oscar and Whitney Houston handed Jennifer her Grammy. Neither George or Whitney have Walk of Fame stars)

I also think there are other current artist that should be recognized. Beyonce, Eminem, Kanye West, and Lady Gaga have all made huge contributions to the music industry. Beyonce has one with Destiny’s Child but not as a solo artist and Emimen’s latest album sold 792,000 copies in its first week. What about R&B singer, Aaliyah, whose 90s songs could be released today and still be a hit? Katy Perry is expected to receive a star next year. I have mixed feelings about this as well. However, I Kissed a Girl, Firework, Teenage Dream, California Gurls, and even Roar were worldwide hits and continue to be popular.

Jennifer may be the first American Idol alum to win an Oscar and receive a star on the Hollywood Walk of Fame but an argument can be made that American Idol Winners Kelly Clarkson and Carrie Underwood have made a more significant mark in the industry. Kelly has three Grammys and Carrie has earned six. Not to mention they both have countless top 10 hits.

Congratulations are in order for Jennifer Hudson. She deserves all of the success and accolade because she has the talent. I believe she still has more to give and I’m not sure we’ve seen the best of Jennifer Hudson yet.