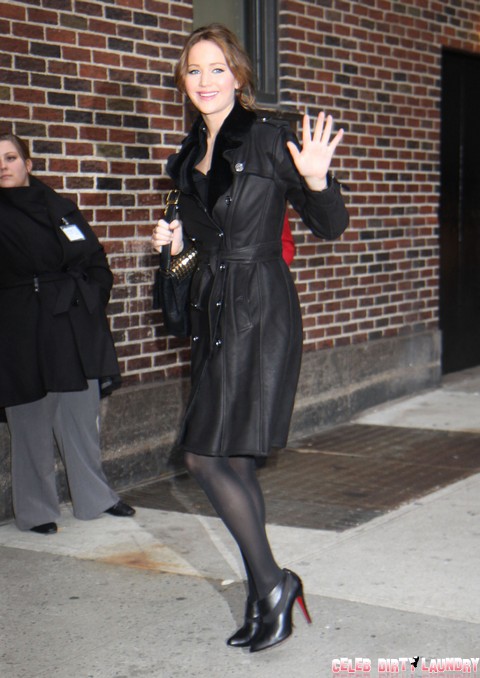 Jennifer Lawrence encapsulates the modern-day ingénue/action girl. This awesome fusion created one of the most prolific stars of our generation and catapulted Lawrence into the hungry stratosphere of superstardom. Not many actresses are able to compete with Lawrence – both in the acting arena and look wise – and this is one of the reasons why Lawrence is currently leading Fifty Shades of Grey movie polls in the Anastasia Steele section. On the latest cover of Vanity Fair, Lawrence becomes the epitome of Hollywood beauty and romance. The tagline reads, “One million men say Jennifer Lawrence is the world’s most desirable woman.”

Lawrence’s strong personality and powerful presence permeate her elegant exterior, making her the lead contender for the most important casting war in modern-Hollywood history. According to Shewired.com, “They [Vanity Fair] fail to mention that there are plenty of ladies – and gay men – of all persuasions who find some aspect of her flirty, sexy, funny and perspicacious personality rather fetching.”

As much as we want to see Lawrence portray Steele, she is just too hyped and saturated for Fifty Shades. The wisest decision the casting directors can make is to cast an unknown actress in the role, so that audiences are able to create their own contrasts and similarities. Fifty Shades might just become a critical disaster if the incorrect casting decisions are made, so let’s hope E.L. James walks her talk and brings us a film that will live up to its pre-casting hype.

Do you think Lawrence would be a good fit? Let us know your thoughts in the comments below.