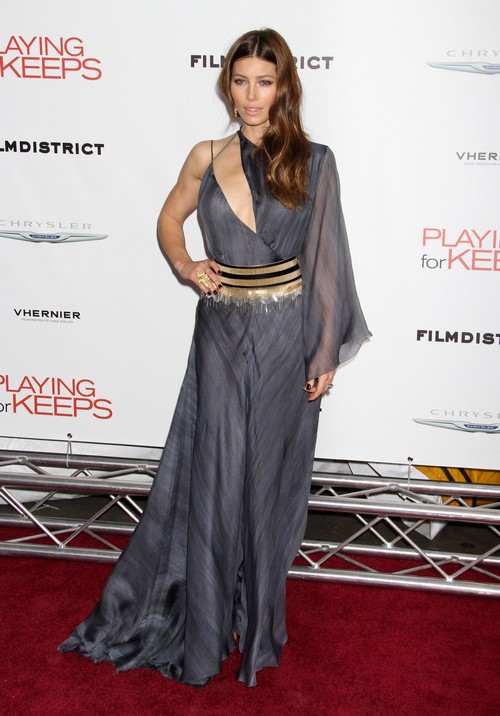 Jessica Biel got Justin Timberlake to put a ring on it after he married her last year, but the title of wife just isn’t enough to keep her happy. While Justin has resumed his musical career with the #1 iTunes single, “Suit and Tie”, Jessica has starred in one bomb after another. Her ego has been bruised by the fact that Anne Hathaway seemingly has it all: A hot husband and an even hotter career and a super hot crotch shots!

Star Magazine provides all the exclusive details in their latest edition as to why Jess thinks of the newly minted Golden Globe winner as her direct competition.

“Jess auditioned for Anne’s role in The Dark Knight Rises and Les Miserables, but she was turned down flat both times,” a source said. “That stung. And ever since, she’s been trashing Anne.”

Of course, Jessica’s rep has denied that she’s green with envy over Anne’s success. That lip service is all well and good, but it’s not a secret that Jessica’s career has struggled in recent years. In retrospect, 7th Heaven seems to have been the peak of her professional life since her movies have been failed to deliver receipts at the box office. She’s had to watch other actresses like Anne Hathaway and Michelle Williams triumph into leading ladies and garner acclaim while she has been relegated to mentions that focus on her husband. She was even overshadowed during her happiest moment. Weddings are usually about the bride but it became about Justin as he jumped up and down, forever immortalized by PEOPLE.

Jessica isn’t going to kick Justin out of the house because he’s the bigger star. She’s put in too much time and energy for her MRS to protest but Anne makes for a convenient substitute. It’s easier to get mad at another woman and blame her since a Razzie for Worst Supporting Actress in ‘Playing For Keeps & Total Recall’ is the only hardware she’s likely to pick up this award season.