Jim Parsons Lands the Cover of Out Magazine’s Out 100 Issue and Named Entertainer of the Year! (PHOTO) 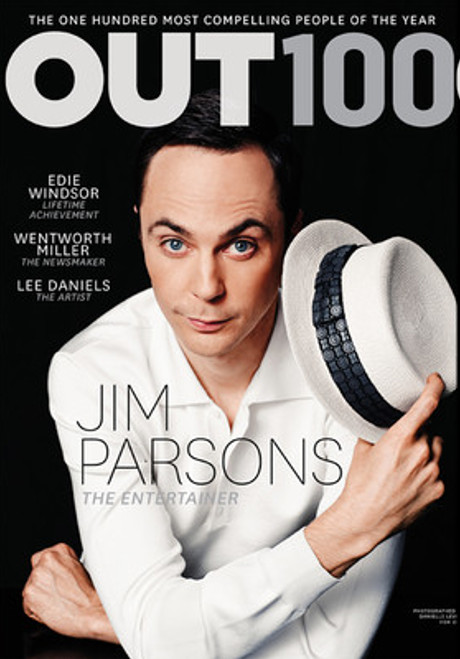 Out Magazine has revealed its Out 100 list and the magazine has helped make 2013 Jim Parsons‘ best year ever. The Big Bang Theory star is on the cover of the magazine and was named Out’s entertainer of the year. Jim also won his third primetime Emmy a few months ago and he and longtime boyfriend, Tom Spiewak, recieved the GLESEN Inspiration Award in October

“I was very conscious in 2013 to try to enjoy every month, every week at a time, as much as I could,” he told Out. Although Jim has had a lengthy stage career an earned A-List status when The Big Bang Theory premiered in 2007, he didn’t publically come out until last year in a New York Times article.

The star casually mentioned his 10-year relationship with Tom because it helped him identify with a character he was playing in a stage play called The Normal Heart. He will reprise this role next year in the film version of the play directed by Ryan Murphy.

Jim preferred coming out this way. “I didn’t think it was still that much hoopla, and that was really kind of rewarding. That’s progress — progress I’m really happy to be a part of, making what was extraordinary ordinary without being boring, for God’s sake.”

Did Out magazine make the right decision naming Jim Parsons entertainer of the year? Tell us what you think and leave a comment below.

Image credit to Out Magazine