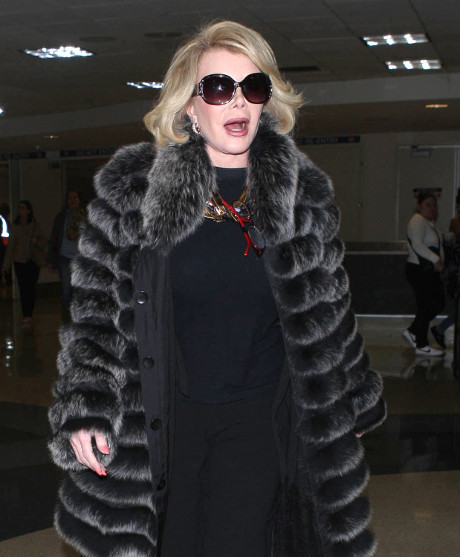 Alec Baldwin has someone on his side, and it’s the one person in this world who just might be more controversial than him . . . . Joan Rivers! In a video posted on TMZ, Joan says that everyone in America is just too uptight about racial slurs and derogatory language and, in an attempt to make a statement, begins rattling off every slur and epithet she can think off. First off, it’s not right to condone this kind of behavior and, while Joan isn’t one to ever observe boundaries in life, perhaps she’s taken her words a bit too far this time?

What do you think about Joan’s statements? Has she crossed some lines, or is it just another day-in-the-whacko-life of Joan? Warning, the video below was not censored by TMZ because, if it had been, the only thing you’d hear would be a series of weird bleep-beep-beeeeeeps.

If you’re unsure of the context that launched Joan on her tirade, all you need to know can be found here: CLICK HERE to read why Alec Baldwin was fired from MSNBC.