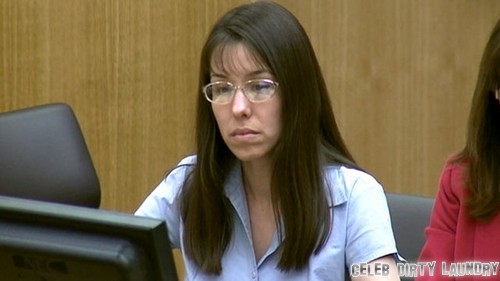 Jodi Arias is currently on trial for the brutal murder of Travis Alexander, but she is trying to make some money on the side with her artwork. She calls it all original works, but apparently they are all just merely copies of print ads. Conniving, isn’t she?

The one piece of art, she dubbed part of the “Hat Series” had people thinking that she drew a likeness of Travis’ sister Tanisha Sorensen. As it turns out, the picture is a copy of a Natalie Portman print ad for Dior. Jodi has all of her works for sale on a fan site, after hiding pens in her cell and scribbling during the trial.

The Maricopa Sheriff’s Department isn’t exactly happy that she’s making money, but there isn’t anything they can do about it while the trial is still ongoing.

See the photos of her so-called “original” artwork below:

She’s a good mimic, no? What do you think? We don’t feel that she should be able to turn a profit while she’s locked up and on trial, do you?