Nicole Ritchie Back On Drugs? Joel Madden Kicked Out of Australian Hotel Room Over Marijuana! 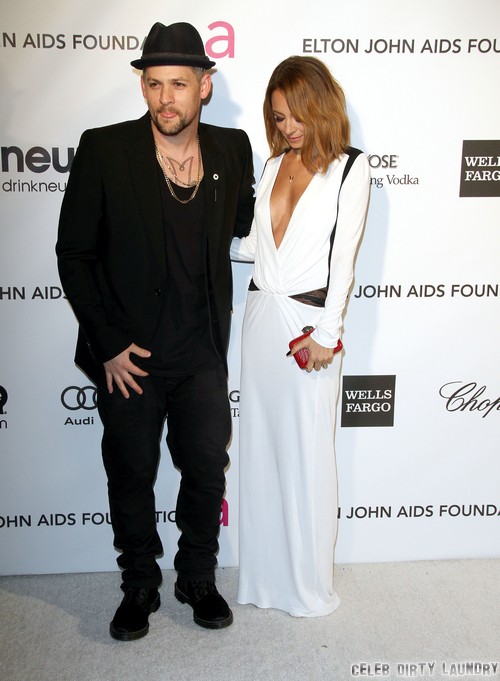 Joel Madden, 34, was kicked out of his hotel room earlier today for drug possession. What’s now being identified as weed isn’t legal in Australia and most of the world. Joel is currently down under filming the Australian version of The Voice when his hotel room was cleaned by the maid service. One of the maids found 5g of the drug and immediately reported it.

According to hotel policy, if drugs are found then they are allowed to evict any and all patrons. Harsh but fair and I wish we had it the same policy over in the US. Yet despite no official charges being filed by the police, Joel will have to face someone else’s judgement. His wife’s!!!   And Nicole Richie has a drug history of heroin addiction that almost killed her! He has issued a statement that I’m sure he hopes will reach her (and possibly save his marriage).

“Sunday while I was at work, a hotel employee found a small amount of marijuana in my hotel room. The police were called and responded,” he wrote. “Sydney is my adopted home and I appreciate the way the NSW police handled the situation. They have informed me there will be no charges. I hope this didn’t cause too much drama for anyone.”

Nicole Richie has never shied away from admitting her past drug use (not that she had much choice) but that doesn’t mean the mother of two is going to want any drugs around her kids.  Could this be the impetus that will end the couple? Especially when there’s been rumors about a divorce for months.  Of course it could be the that couple are all over but the crying and so Joel feels free to use what the heck he wants to.

In the past few years, Joel had been cleaning up his act so what happened? Was it all a lie and he forgot to put his drugs in his hotel safe?  Or was this a one off? Like for instance someone could have given it to him. It may even be possible he didn’t even use it… yet.  It’s a long shot but it could have started off as nickel bag and ended that way. No will know for sure unless he does a drug test. Which also makes me wonder how exactly he escaped charges?  In any case, the evidence says that Joel is pot smoker, at least.

There is another really frightening possibility that we hinted at in the title.  If the husband is using dope, and he clearly is, then the odds are great that wife is too.  Sorry folks but those are the facts – statistics indicate clearly that when one half of a marriage is using then so is the other half – especially when that other half is a recovered/recovering JUNKIE!