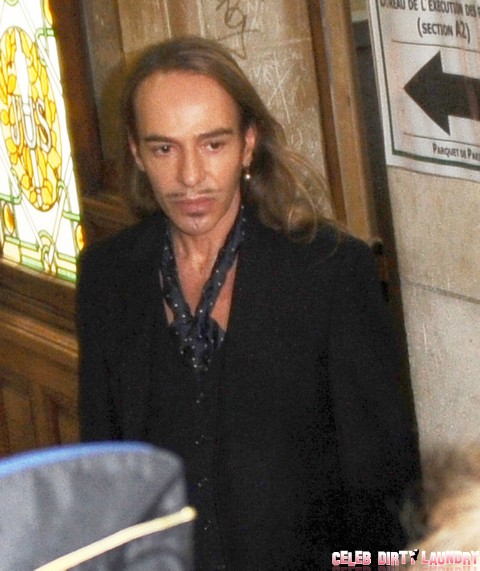 Confusing news! Despite a conviction of public racism and several anti-Semetic rants while intoxicated, John Galliano has found a new job—and it’s with Oscar de la Renta! In case you’ve forgotten, Galliano, a British fashion designer who spent 15 years at Dior and was awarded the French award, Le Legion d’Honneur, was charged and found guilty after verbally abusing Geraldine Bloch and Philippe Virgitti, yelling racial slurs in a long rant. The next month, he was fired by Dior, who cited a zero-tolerance policy for racism—and rightly so! Since then, Galliano has completed a stint in rehab for drug addiction, and actually swore he had no memory of his disgusting behavior!

For reasons inconceivable to me, Oscar de la Renta has decided to look the other way, and has invited Galliano to his New York studio. The designer released a statement about the controversial decision, explaining: “John and I have known each other for many years and I am a great admirer of his talent . . . he has worked long and hard on his recovery and I am happy to give him the opportunity to reimmerse himself in the world of fashion and reacclimate in an environment where he has been so creative. Everyone in life deserves a second chance, especially someone as talented as John. I think that life is about forgiving and helping people . . . I think John is doing all the right things.”

Well, when you say it like, that, I feel bad for what I’ve said! I think this situation raises a lot of question: how much does one have to do to be forgiven? Can a reputation be saved after such disgusting behavior, including slurring “I love Hitler”?  Has Galliano’s behavior since then proved him a changed man? If he truly has no memory of that behavior, then where did his hateful thoughts come from? In vino veritas!  In wine, there is truth. Perhaps most important: Is Galliano’s talent the redeeming factor in this equation? IS designing outrageous fashion the best way to publicly apologize and help people? We can’t make heads or tails of this—does Galliano deserve a second chance?