John Travolta Can’t Stay Away From Massages And Masseurs – Back To Old Habits? 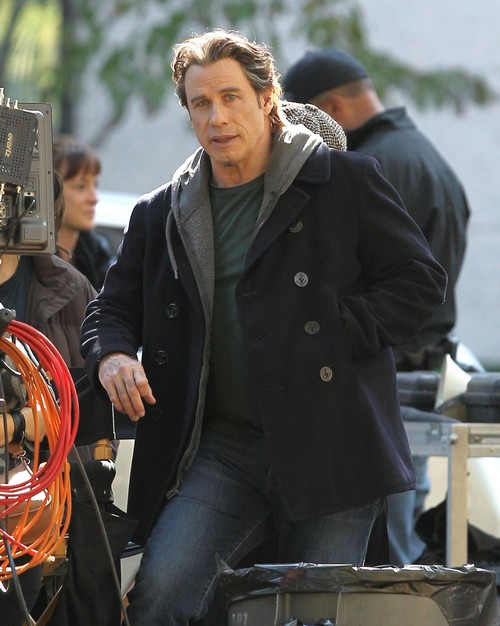 Poor John Travolta. I know that sympathy is a weird emotion to have for a millionaire movie star, but you think about how repressed Scientology is making him, and you can’t help but feel sorry for him. His entire life has been a life, and it’s a lie that wife Kelly Preston is only too happy to keep up. At this point, I think everyone in Hollywood and many people outside of it know he’s gay, but he still refuses to come out for fear of his career and what it will do to his image – and that’s not even considering the party line for Scientology. In Scientology, there’s no such thing as being gay – they will attempt to ‘supress’ the feelings, and they clam that they will eventually get rid of them, as of it’s some sort of disease.

So for John, being a Scientologist and being gay is not easy. And so he has to resort to visiting massage parlors whenever he gets the chance., instead of coming out publicly and having normal relationships. There were already plenty of male masseurs accusing John of sexually harassing them, and it was about to turn into quite a scandal, before another Scientology golden boy, Tom Cruise, stole the attention with his divorce scandal.

Since then, John’s relatively stayed off the radar, but it looks like old habits die hard. According to a new report from Radar Online, John has started visiting massage parlors again, with a source telling Radar that he recently visited the Exhale Spa in Boston earlier this month. He reportedly paid for a full-body rubdown, and he reportedly requested a male masseur [as always]. However, there was no complaint of misbehavior and the masseur revealed that John had a ‘great energy‘ and was really ‘cool‘. You think he paid off the masseur not to talk, or has he actually learned how to control himself?

John Travolta films scenes for his new movie “The Forger” on Commonwealth Ave in Boston, Massachusetts on October 21