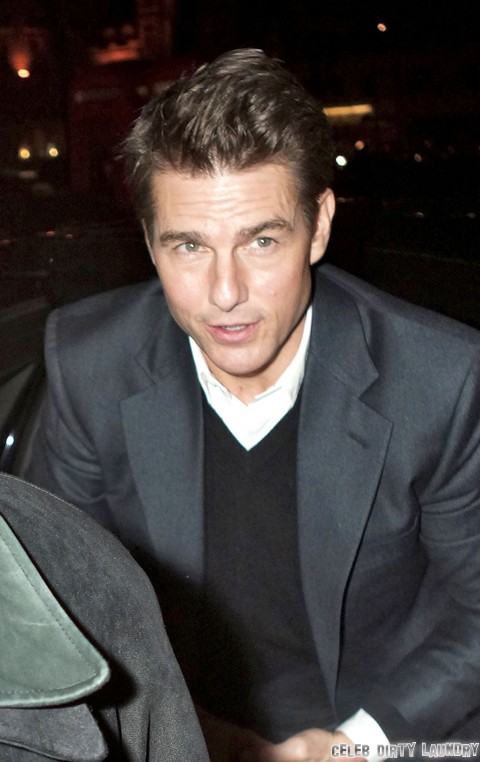 Just a few weeks after pulling the plug on her two year relationship with Ryan Seacrest, Julianne Hough has already taken aim at another hot Hollywood A-lister and it’s none other than Tom Cruise.  The young starlet considers working on the set of Rock of Ages with him to be one of the best times in her life and truly believes that they shared serious chemistry, in spite of both being attached at the time.

According to the April 15th edition of National Enquirer Julianne has been pouring over scripts lately, not looking for the next perfect role for herself, but trying to guess which project Tom will latch onto next. She also has asked her writer friend to craft the perfect project to reunite her on camera with Tom.

Off-camera Julianne thinks that given the opportunity she and Tom could easily be the next power couple. She has bragged about the lap dance that she gave Tom for Rock of Ages. It was deemed too sexy to include in the film and she purposely really sexed it up to show Tom exactly what he was missing out on.

She also wouldn’t have a problem with Scientology. Jules was raised Mormon and is used to adhering to strict rules and in the past she has praised Tom’s devotion to his beliefs. She would love to look into Scientology and learn for herself what it is that brings so much peace to Tom’s life.

Tom does like his women young, but Julianne isn’t typically his type. He seems to like his women tall and with dark hair. Do you think the chemistry that she thought she felt was movie set magic that wouldn’t exist in real life? Is it a one-sided crush or could she be the kind of woman that Tom would actually gravitate towards? Tell us your thoughts ion the comments below!