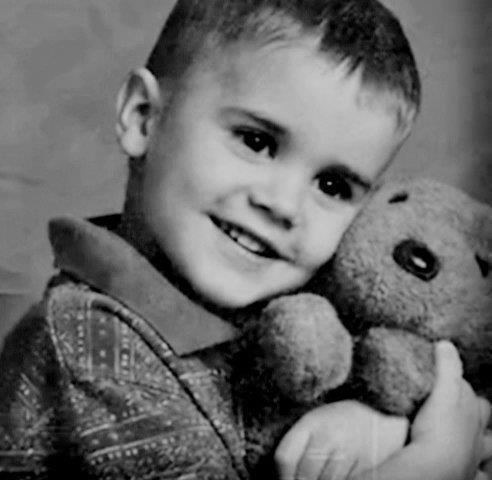 Considering just how out of control Justin Bieber’s public behavior has become in the last year or so, I’m surprised that he hasn’t had an endless stream of chicks insisting that he’s their baby daddy! The latest instance seems to stand a chance of being real though, I must say. On Feb. 4, 2010 Justin and his entourage hit up a South Beach TGI Fridays after he played a show and even at age 15 he was damn smooth. He sent someone over to get the phone number of a girl named Cecilia (according to Blind Gossip) seated at another table. She was visiting from Europe and he claimed he would call her if he was playing near her home.

Of course Justin texted her awhile later and set up a sex date that night at the Gansevoort South hotel. She stayed the night and returned to Europe a few weeks later. Justin’s hot hook up produced a baby girl which the date delivered 9 months later. The sex date also claims to have always known that Justin was the father. She saved the text messages from Justin the night of their hook up and also a photo of them kissing.

The woman is talking now because she’s thinking that maybe Justin should have a chance to get to know his daughter. She claims she’s not looking for a payout and will continue to support the child herself. Mystery woman just wants Justin to know that he has a little girl out there and then it’s up to him whether or not he wants to be part of her life.

Do you think there’s a realistic chance that this chick is telling the truth? I actually could see a careless 15-year old Justin knocking up a random chick, can’t you? Tell us your thoughts in the comments below!