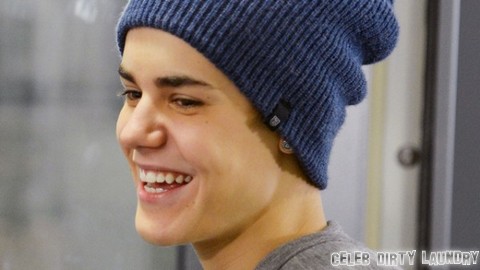 Justin Bieber was finally on the other end of a prank this past April Fools’ Day. Numerous hoaxes have been staged on Twitter against J Biebs, from bald for Bieber, to Cutting for Bieber. Bieber had no hand in either of these pranks other than being their inspiration.

The tables are turning in this game of jokes and Bieber has the upper hand for once. Today @justinbieber tweeted, “as promised taking all fan phone calls TODAY at (888) 847 9869. Talk to u soon!”

If you missed this tweet on your feed, calm down beliebers. Surprise, surprise, that’s not J.Bieb’s real phone number. It is a real number though. In fact it’s TMZ’s tip line.

The number is usually reserved for people to phone in with hot updates on entertainment and celebrity news. Instead, Beiber’s 37 million followers were prompted to phone in to TMZ.

My guess is that while the phone may have been ringing off the hook, the call congestion probably left TMZ with a slow news day. Unless you consider undying Beiber love news (in which case, what planet have you been living on?)

Let’s take a trip down memory lane and revisit all the pranks of Biebers past: 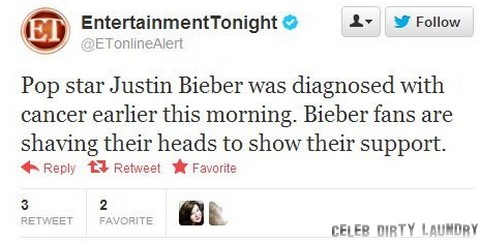 It all started with a tweet from a fake Entertainment Tonight account. It was a different time back then, in 2012. The idea that anyone would create a hoax around the fake accusation that anyone has cancer was unthinkable. Especially to belieberswho took to their razors.

This hoax lasted a whole 4 days. Thank goodness we learn from our mistakes. 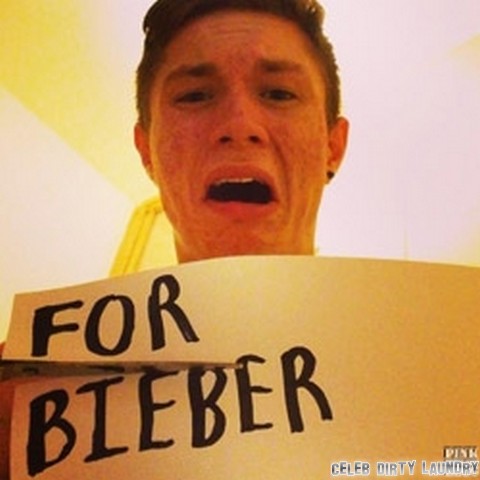 Once again, in early 2013 fans take to their razors in support for Bieber. Except this time, it wasn’t their heads at the end of the razor. It was their arms that took the beating in defense of Bieber when a series of photos were released showing Justin smoking weed. In reality, the hoax was created entirely by 4chan who encouraged people to create fake accounts and help give the hoax life.
(http://knowyourmeme.com/memes/events/cuttingforbieber)

While you can find plenty of cutting for Beiber pics, here’s a different trend that arose during the hoax (a personal favorite).

Soon following Cutting for Bieber, Boobs emerged from 4chan. Can a hoax get women to post nude pictures of themselves for Biebs? You never know unless you try!

Most of these hoaxes seem to get a mixed response. Some people quickly catch on and are in on the joke and some unfortunately get tricked.

Paying credit where credit is due.

And no one seems to take issue with TMZ being the subject of the prank. 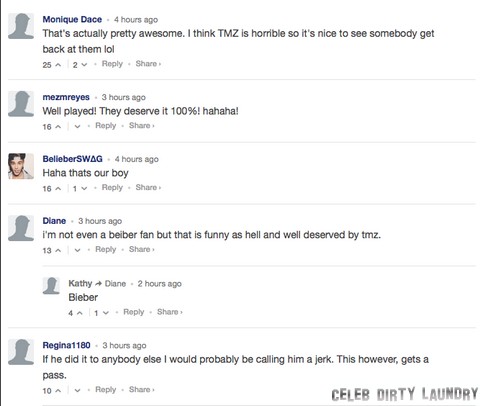 But still, it always seems that it’s the poor beliebers who suffer the most from these pranks. They just care too much. Thankfully April Fool’s only lasts a day but their love seems to last a lifetime.