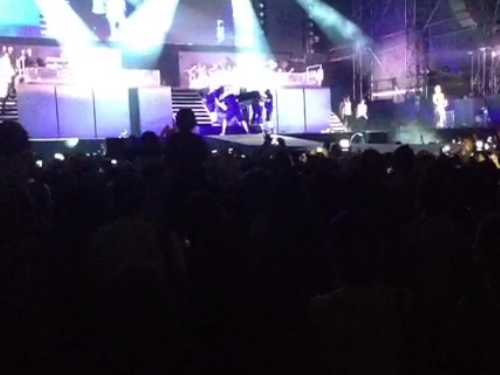 Justin Bieber was violently attacked in Dubai.  The singer was on stage performing when a crazed fan grabbed the Biebs from behind.  It’s unclear at this point if the attack was related to anti-American or Islamic fundamentalist activity.

An English language paper in Abu Dhabi reports that Justin was unscathed in the attack.  The National reports that Justin was playing piano when the crazed attacker which the paper describes as “a youth in a white shirt and jeans” charged onto the stage and attacked Justin from behind.  It is so far unclear if the attackers goal was to harm the Biebs or simply to touch him.

The National reports further that Justin’s security ran onto the stage soon after the start of the attack and subdued the attacker – but not before the piano at which Justin was playing was tipped over.

According to the paper Justin was unharmed and continued the show after the attack.

We’ll have updates as the situation clarifies.

Twitter user Chris Sacca tweeted the following with the video below:

Whoa. Crazy fan tackled @justinbieber and knocked the piano down the stage. Mayhem.

You can see some of the action below